Frédéric Chopin (1810-1849)
The Polish composer, piano virtuoso and music teacher, who is also seen as the most important personality in Polish music history, lived in Mallorca for 98 days (especially in Vallemossa) after following his lover George Sand and her family. Chopin also completed his 24 Preludes on the island.

Abraham Cresques (died around 1387)
The Catalan cartographer and compass maker of Jewish descent made the Catalan atlas together with his son Jehuda in 1375.

Jürgen Ludwig Drews (born 1945)
Thomas Gottschalk gave this German Schlager singer the title of “King of Mallorca” after Drews celebrated great success with the hit of the same name on Mallorca. Drews lives with his family in Dülmen-Rorup, Germany, but spends many months of the year on Mallorca for work.

Bob Dylan (born 1941)
The American folk and rock musician, born in 1941 as Robert Allen Zimmerman, who is also active as a painter and poet, is one of the most influential musicians of the 20th century. Dylan is said to have lived for six months in a disused mill on the La Mola plateau on the Balearic island of Formentera. On the island – at Platja Mitjorn – there is also the legendary Blue-Bar, the rock star’s former pub. Dylan received the Nobel Prize in Literature in 2016.

Gunderich (379-428)
The king of the Vandals and the Alans, who ruled from 406/407 to 428, had succeeded in building a powerful fleet. With this he also plundered the Balearic Islands.

Abel Matutes Juan (born 1941)
The Spanish entrepreneur and politician of the Partido Popular, born in Ibiza in 1941, acted as EU Commissioner from 1986 and as Spanish Foreign Minister between 1996 and 2000. Matutes, who was mayor of Ibiza Town in 1970 and 1971, is now a member of TUI’s supervisory board.

Ramon Llull (1232-1316)
The Catalan philosopher, born in Palma in 1232, also distinguished himself as a theologian and logician. He had spent a long time in the Mallorcan monastery Santuario de Cura. Incidentally, his grave is in the Basilica of Sant Francesc in Palma de Mallorca.

Francisco Mateu y Nicolau (1847-1913) In
1913 this Spanish opera singer (bass), who had become known under his stage name UETAM, died in his birthplace of Palma.

Sergio Llull Melià (born 1987)
Born in Maó (Menorca), this Spanish basketball player comes from, who is active in the positions of Point Guard (or Shooting Guard).

Mathieu Joseph Bonaventur Orfila (1787-1853)
This Spanish-born French chemist, who is celebrated today as the founder of toxicology, was born in Maó, Menorcan, in 17787.

Quintus Caecilius Metellus Balearicus (2nd century BC)
The praetor (from 126 BC at the latest) and consul of the Roman Empire since 123 was commissioned as proconsul to subdue the residents of the Balearic Islands because they had been pirating. Because he was able to successfully complete this undertaking in 121 and 122, he was honored with the nickname “Balearicus”.

Christopher Anton Rea (born 1951)
Chris Rea from Middlesbrough, UK, is a world-famous singer, guitarist and composer of Italian descent. He shot one of his most famous hits – “On the beach” – in 1986 on the Balearic island of Formentera.

Niklaus Schmid (born 1942)
This German writer was born in Duisburg in 1942. The author, who has been working as a freelance writer since 1978, has written many travel guides, not a few of which deal with the Balearic Islands of Mallorca, Ibiza and Formentera. In the 1960s and 1970s he wrote a book entitled “Formentera – an island on the way to becoming a legend”, which has now enjoyed cult status. 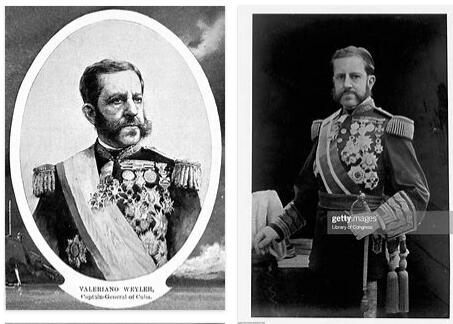