Short for BY by Abbreviationfinder, Belarus has been governed since 1994 by President Aleksandr Lukashenko and his authoritarian government. Parliament (National Assembly) has extremely limited powers. The regime is accused of extensive human rights violations and, for that reason, has been excluded from the Council of Europe.

The president is head of state and is elected for five years in direct elections. He is responsible for the security and sovereignty of the state, appoints the head of government and ministers, appoints judges, heads the National Security Council and is the commander-in-chief of the armed forces. It is also the president who appoints half of the members of the country’s constitutional court, including the chairman, as well as half of the members of the electoral commission.

In practice, President Lukashenko and his government directly or indirectly control the entire apparatus of power. The President has the right to issue decrees, that is, a kind of law that does not have to be approved by Parliament.

The National Assembly formally has the legislative power and consists of two chambers: the House of Representatives and the Republican Council. The 110 members of the House of Representatives are elected in general elections every four years. The Republican Council has 64 members, 56 of whom are appointed by regional bodies and 8 by the president. According to foreign observers, all elections that have been held since 1996 have completely lacked democratic character.

On various formal grounds, regime critics who want to run for president or parliamentary elections are rejected. Only candidates approved by the electoral authority may hold electoral meetings.

Administratively, Belarus is divided into six regions (voblasti) plus the capital Minsk. The regions are in turn divided into districts (rajonger, rajon). The governors of the regions are appointed by the president, while the municipal council is elected by universal suffrage every four years.

The political parties are weak and are rather alliances between different individuals and interests than actual parties. The vast majority of Members of Parliament do not belong to any party but are elected as individual candidates. The parties can mainly be divided into two categories: those who support Lukashenko and those who oppose him. The latter generally advocate a more Western-oriented and less Russia-dependent Belarus.

(The above-mentioned parties have in the past been called the Belarusian Communist Party, the Belarusian Liberal Democratic Party and the Patriotic Party of Belarus, but the translations are changed as the country is now commonly called Belarus in Swedish text.)

Among the faithful, independent candidates in parliament, two-thirds are members of the Lukashenko-based Belaja Rus organization.

Opposition to Lukashenko is weak and fragmented, and the opposition parties’ ability to act is severely limited. Many politicians have been harassed by the police, exiled or simply disappeared. The main opposition parties are the Liberal United Citizens’ Party (Obedinnaja Grazjdanskaja Partija) and the BPF Party (Partyja BNF). There are also several citizen movements gathering regime opponents, including For Freedom (Za Svobodu) and Say The Truth (Govori Pravdy). 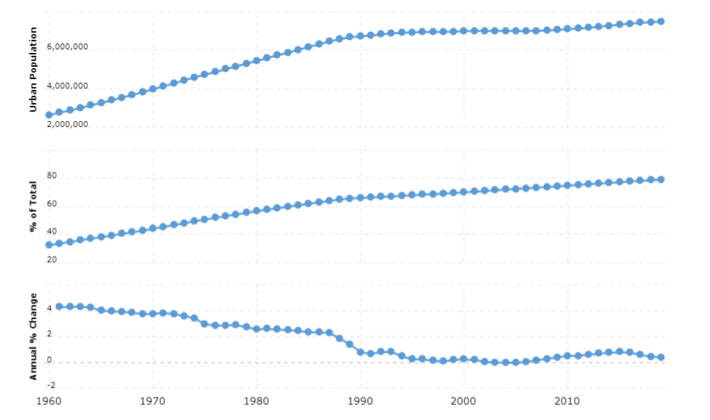 The EU is extending its sanctions against individuals and companies with links to the Minsk regime, with one more year.

The election will be held on September 23. No opposition candidate gets a seat in parliament, just like in previous elections. All 110 seats except one will be ready already in the first round, ie the government-friendly candidate gets at least 50 percent of the vote. The turnout is 74.3 percent.

Activists are sentenced to prison

Three activists from the organization Say the truth are sentenced to shorter prison sentences the days before the election for trying to organize a demonstration for election boycotts.

Just a week before the election, the two leading opposition parties, the Belarusian People’s Front and the United Citizens’ Party, are withdrawing their candidates and urging people to boycott the elections.

Opposition politician Aljaksandr Milinkevich is not allowed to register as a candidate for the September parliamentary elections. The reason is that many of the signatures he collected are invalid and that he did not provide accurate information about his personal finances. Milinkevich was Lukashenko’s closest challenger in the 2006 presidential election.

Lukashenko dismisses his Foreign Minister Sergei Martynov and appoints Vladimir Makej, head of the powerful presidential office. Unlike Martynov, Husk is included in the EU sanctions list, which means that he is banned in the EU.

Sweden’s ambassador Stefan Eriksson is expelled from Belarus, accused of having too close contacts with the Belarusian opposition and of having brought in books on human rights in the country. Sweden responds by expelling two Belarusian diplomats and refuses to accept the incoming Belarusian ambassador. A few days later, Belarus closes its embassy in Stockholm and expels all Swedish diplomats in Minsk. President Lukashenko accuses the Swedish embassy of having cooperated with the advertising agency behind the teddy bear campaign (see July 2012). All EU countries stand on the Swedish side but do not call their ambassadors home. Also the US and the Council of Europestates support for Sweden. Only in 2015 will Sweden send a new ambassador to Minsk and Belarus will station an ambassador in Stockholm only 2018.

Teddy rain in support of the opposition

A Swedish advertising agency manages to enter Belarusian airspace with a private plan and drops hundreds of teddy bears across Minsk. The teddy bears include leaflets in support of the Belarusian opposition. Movie clips with teddy bears are posted on the internet, which means that the regime does not succeed in darkening the event. The teddy bear coup leads to President Lukashenko dismissing the Foreign Minister as well as the heads of state border security and the Air Force.

The UN Human Rights Council decides to appoint a special investigator of human rights violations in Belarus. The Council refers to information on torture, ill treatment of prisoners and other abuses.

Lukashenko announces that presidential elections will be held on September 23.

The authorities announce that the two convicted of the explosion in the Minsk subway have been executed (see November).

The government calls on EU and Polish ambassadors to leave the country. This happens after the EU decided to impose sanctions on 19 judges and two police chiefs as punishment for trying to curb opposition activities. The EU responds by calling on all Minsk ambassadors from all Member States. They return two months later.