Short for BE by Abbreviationfinder, Belgium is a monarchy with a parliamentary regime. Since 1993, the country has been a federal state. It consists of three regions and three language communities that form parallel structures and partially overlap. The construction, and the division between the country’s two major language groups, makes it difficult to form government and multi-party coalitions is the norm.

The monarch is the head of state with limited powers. They include appointing government leaders and the head of state also has the right to dissolve parliament. The king or queen is considered to stand above politics and is a unifying symbol in the otherwise divided country. Since 1991, both male and female succession has been applied. King Philippe has been on the throne since 2013.

The regions are Flanders, Wallonia and Brussels. The language communities are Flemish, French and German. The Flanders region and the Flemish language community coincide completely. The Walloon region is mainly French-speaking but also includes the small German-speaking area of ​​Eupen-Malmedy in eastern Belgium. The Brussels region is formally bilingual (Flemish and French), although a large majority of residents are French speaking.

In addition to the regions and the linguistic communities, the constitution also defines four linguistic areas: the Flemish, the French, the bilingual (in Brussels) and the German. Furthermore, Belgium is divided into ten provinces and 589 municipalities. The elected provincial and municipal assemblies are led by governors and mayors, respectively. Of the provinces, five belong to Flanders and five to Wallonia. The capital of Brussels, with its 19 municipalities, is outside the provincial system. Each municipality in the country belongs to one of the four language areas. The provinces are politically weak but municipal politics are lively and many high-level politicians still have a role, such as mayors in their hometown.

The regions and the language communities have gained more influence in several stages since the federation was introduced. The regions are responsible for, among other things, foreign trade, arms exports, development cooperation, agricultural and labor market policies and some tax issues. The language communities mainly deal with education and cultural issues. The federal agencies mainly handle foreign, financial, social and judicial policies as well as domestic security.

The often difficult-to-interpret distribution of power in Belgium is a result of a decentralization process that has been going on since the 1970s and that reflects deep contradictions between the peoples. Broadly speaking, Flanders wants to have increased self-government while poorer Wallonia wants to keep the state together. In addition to the federal parliament, there are a total of five parliaments in the regions and communities. The Flemish countries have chosen to combine the functions for the region and the language community, otherwise the number would be six.

The Federal Parliament consists of two chambers. The main responsibility for the legislative work lies with the House of Representatives. Its 150 members are elected in general and proportional elections. The term of office was changed during the 2014 elections from four to five years. The Senate mainly has an advisory function, but, like the Chamber of Deputies, votes on issues that concern, among other things, constitutional amendments and international agreements. Previously, 40 of the then 71 senators were elected in general elections every four years, but since 2014 the senate instead consists of 60 members indirectly appointed at the regional level (see also Modern history).

A five percent block in parliaments has existed since 2003, with the exception of three of the eleven electoral districts. The voting age is 18 and it is compulsory to vote; those who do not participate risk fines. The turnout is usually around 90 percent. Foreign nationals residing in the country may vote in municipal elections.

The border between French and Flemish in Belgium is particularly clear on the party political map, as there are two parties for each major political orientation – one Flemish and one French. Almost no party is nationwide. Only in Brussels can voters vote for both Flemish and French-speaking parties. Politics were dominated by Christian democrats, liberals and socialists until the 1990s. During the last decade, environmental and nationalist parties won ground and the political picture became complicated. In the 2000s, Flemish nationalists and right-wing extremists have strengthened their position and created concern among the established parties.

Christian Democrats led most coalition governments in the second half of the 20th century. They were also government formers in 2007-2010, when Christian Democratic and Flemish (Christen-Democratisch & Vlaams, CD&V) again became the largest party. The Walloon Sister Party Humanist Democratic Center (Center Démocrate Humaniste, CDH) now calls itself a center party without a clear Christian democratic identity.

The Walloon Liberal Party is called the Reform Movement (Mouvement Reformer, MR) and led the government formed in October 2014. The party’s counterpart in Flanders, Free Flemish Liberals and Democrats (Open Vlaamse Liberalen en Democraten, Open VLD or just VLD) led the government in 1999-2007. “Open” was added to the name in 2007, when two other liberal small parties joined.

The right-wing Nationalist New Flemish Alliance (Nieuw-Vlaamse Alliantie, N-VA) has been the largest party in the House of Representatives since 2010. N-VA has an independent Flanders goal, but wants to reach it first in the long term and with peaceful means. N-VA was part of the four-party government that was formed in 2014, but dropped out of autumn 2018 (see Current policy).

The environmental party in Wallonia calls itself Ecolo and the sister party in Flanders is called Green (Groen, formerly Agalev).

Belgium’s Workers’ Party (Party of Labor of Belgium / Party of Travail de Belgique, PVDA / PTB) is a Communist Party on the far left that, unlike other parties, acts as a party throughout the country. The PVDA / PTB took office in the Federal Parliament for the first time in 2014 and went strong in 2019. 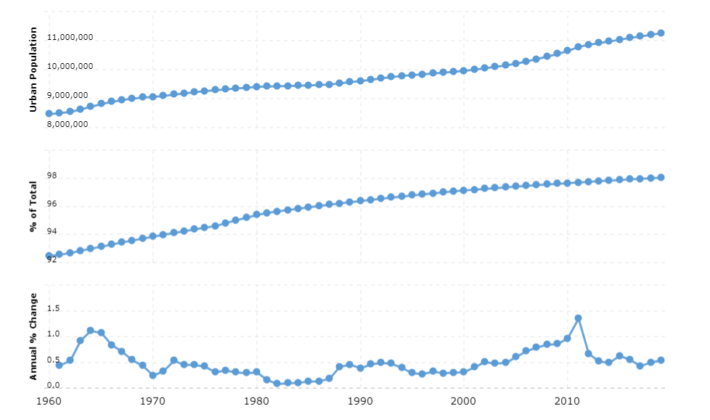