Short for BG by Abbreviationfinder, Bulgaria is a parliamentary republic with multi-party systems. The government has executive power while the president has a limited albeit important role as head of state and commander-in-chief. The Constitution guarantees fundamental freedoms and rights, but political parties must not be formed on the basis of separatist, ethnic or religious principles. Partying is unstable and new partying is common.

The individual’s freedom and ownership are emphasized in the Constitution which is from 1991. Discrimination is prohibited, but there are no specific rights for the minorities.

The President is elected directly by the people for a five-year term and may be re-elected at one time. To be elected, a candidate must receive more than half of the votes, otherwise a second round of elections will be required between the two main candidates. The president cannot initiate new laws but has the opportunity to delay a legislative proposal through a special veto. In exceptional cases, the president can govern the country through decrees. The President designates important posts in the judiciary and security services, and has the task of appointing transitional governments as needed. The president must not be a member of a political party.

The Legislative Parliament consists of a Chamber, the National Assembly (narodno sobranie), with 240 members elected in four years. After a constitutional change in 2009, 31 of them are elected by majority vote in one-man constituencies, while the remaining 209 are elected proportionally from party lists as before. The voters may thus cast two votes. A party or party alliance must get at least four percent of the vote in an election to get a seat in the National Assembly. Laws are adopted by a simple majority, but changes to the constitution usually require a three-quarters majority. In the event of major constitutional changes, the National Assembly is expanded by another 160 elected members. In addition to passing laws, the National Assembly approves the state budget, determines the time for the election of the president, elects and dismisses prime ministers, approves international agreements and declares war and concludes peace.

The elections are generally judged to be fair and free, but accusations of voting and other irregularities occur. Since 2015, it has been compulsory to participate in general elections. Anyone who does not exercise their right to vote is removed from the voting lists and must apply to participate in upcoming elections.

The Government, the Council of Ministers, is led by the Prime Minister. The leader of the largest party in the National Assembly is formally appointed by the President as Prime Minister and is asked to form a government.

Administratively, the country, apart from the metropolitan area, is divided into 28 counties, oblast, and 264 municipalities, obtina. The counties are governed by governors appointed by the government. The municipalities have directly elected parishes that appoint a mayor. However, Bulgaria is strongly centralized, although a decentralization process is ongoing. Corruption is widespread in the public administration.

The judicial system consists of regional and district courts and a supreme court. There is also a supreme administrative law, which examines the actions of the authorities. Most legal appointments are made by the Supreme Legal Council. The Constitutional Court decides disputes in constitutional matters.

Political parties have been unstable in Bulgaria and regrouping is common. Especially among bourgeois parties, the changes have been great.

However, by far the largest since 2009 is the center-right party Citizens for European Development in Bulgaria (Grazjdani za evropejsko razvitie na Bulgarija, Gerb), founded in 2005 by Sofia’s mayor Bojko Borisov. Important issues for Gerb’s fight against corruption and crime, as well as family policy and lower taxes.

The Bulgarian Socialist Party (Bulgarian Sotsialistitjeska Partija, BSP) is a reformed successor to the country’s old Communist Party. BSP can be described as a center-left party and is a warm supporter of both the market economy and the country’s EU membership. BSP is the dominant force in a partial alliance that in the 2017 election, BSP called itself Bulgaria. The alliance includes a varying number of small left parties.

The Movement for Rights and Freedoms (Dvizjenie za Prava in Svobodi, DPS), which was formed in 1990, is in practice Bulgarian Turks’ representatives, although ethnically based parties are prohibited in Bulgaria. DPS is regarded as liberal and has participated in both right and left governments.

The ultra-nationalist and xenophobic party Attack (Ataka) was formed before the 2005 election from three small right-wing parties. Attack quickly gained attention through fierce outcomes against Roma and Turks and sharp criticism of the EU. Two other nationalist parties formed before the 2014 Patriotic Front election, and together with Attack they formed the 2016 Alliance United Patriots (Obedineni Patrioti).

Another right-wing populist party is Volja (roughly Determination), which was formerly called the Danes and Liberal Alliance. It is an EU-skeptical and Russian-friendly party that entered Parliament in 2017.

The Bulgarian Renewal Alternative (Alternative za Balgarzko Vazrazjdane, ABV) is a center-left party formed in 2014 by Georgi Părvanov, who was president in 2002–2012 and before that was a member of the BSP Socialist Party.

In 2013, a right-wing alliance was formed, the Reformist bloc (Reformatorski bloc) in connection with protests against the then government. Among the participants were the Union of Democratic Forces (Sajuz na Demokratitjnite Sili, often referred to as the English abbreviation UDF), which was the dominant center-right party in the years immediately following the fall of the Communist regime in 1989. The alliance also included Democrats for a strong Bulgaria (Democracy za silna Balgarija, DSB), formed in 2004 by former Prime Minister Ivan Kostov who left the UDF, and Bulgaria for citizens (Balgarija na Grazjdanite), formed as a citizen movement of the former EU Commissioner Meglena Kuneva in 2011. Kuneva was Bulgaria’s first EU Commissioner and former member of NDSV.

In 2018, Democrats for a strong Bulgaria formed an alliance with two other small parties – the liberal Yes, Bulgaria (Da, Bŭlgariya) and the environmental party Green Movement (Zeleno dvizhenie). None of the parties had succeeded in entering Parliament in the 2017 elections, but the coalition named Democratic Bulgaria (Demokratichna Bŭlgariya) managed to win a mandate in the May 2019 European elections.

The National Movement for Stability and Progress (Natsionalno dvizjenie za stablenost in vaziod, NDSV) was formed prior to the 2001 election about ex-King Simeon II, who had recently returned from his exile in Spain. Until 2007, the party was called the National Movement Simeon II, with the same abbreviation in Bulgarian. With the help of the ex-king’s popularity, the party was able to win the election and ruled 2001-2005. NDSV lost many votes in the 2005 election, one third of the party’s MPs resigned in 2007 and in the 2009 elections it fell out of parliament. In the 2017 election, NDSV did not run. NDSV is referred to as a center-right party with populist elements.

In January 2014, the TV profile Nikolaj Barekov founded the party Bulgaria without censorship (Bulgarija bez tsenzura, BBT), whose goal was described as “capitalism and market economy with a human face”. The party had a populist appearance and Barekov himself was accused of contacts with organized crime. However, at least three sitting members of Parliament joined immediately. 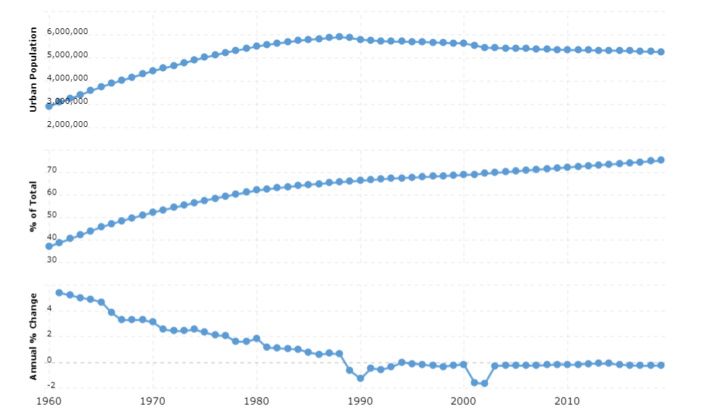