Short for HR by Abbreviationfinder, Croatia is a democratic republic with parliamentary rule. The president is the head of state and commander-in-chief, but the government is mainly exercised by the prime minister. Party politics is dominated by the conservative party HDZ, which has downplayed its previously marked nationalist orientation, and the Social Democratic SDP.

The Constitution was adopted in 1990, a few months before the independence of what was then Yugoslavia. Croatia was given an almost semi-presidential regime, which meant that government power was shared by the president and the prime minister. Constitutional amendments adopted in 2000 limited the president’s powers of power and strengthened Parliament. The executive power now lies mainly with the government and the prime minister, while the president’s role is primarily ceremonial.

The President is still entitled to dissolve Parliament but only at the request of the government. The head of state has an influence mainly on issues related to national security and foreign policy, and participates in government meetings. The president is elected in direct elections for a term of five years, with the possibility of a re-election. If no candidate receives more than half of the votes in the first round, a second decisive round is held. The prime minister is appointed by the president, but must be supported by a majority in parliament. The prime minister then appoints other ministers.

The Legislative Parliament consists of a Chamber which since 2010 has 151 members (previously varied in number). Three places are dedicated to Croatians living abroad and eight seats for representatives of ethnic minorities. The electoral system is proportional and the term of office of the MPs is four years. A party must get at least 5 percent of the vote in order to get a seat in Parliament. Since 2015, at least 40 percent of the candidates on a party list must be women (or men).

The election system gives the foreign Croats a disproportionately strong position and they overwhelmingly support the nationalist HDZ.

Croatia is divided into 20 counties and the metropolitan area of ​​Zagreb. These, in turn, are divided into 428 rural and 127 urban municipalities. Elections are also held at the regional and municipal levels.

The Croatian Democratic Union (Hrvatska Democratic Zajednica, HDZ) is mainly conservative but brings together political groupings from the middle to the extreme nationalist right. HDZ was founded in 1989 by Franjo Tuđman who led the country at independence in 1991 and during the ensuing war. Over time, the party became increasingly nationalistic and introduced laws that discriminated against the Serbian minority. After Tuđman’s death in 1999, the more liberal forces in the party were strengthened. But HDZ, now known as Christian Democratic, has in recent years struggled with corruption scandals (see Democracy and Rights). HDZ has ruled most of the time since independence and became the largest party and government leader both in 2015 and in a new election in 2016. HDZ is led by Andrej Plenković, who is also prime minister since 2016.

Croatia’s Social Democratic Party (Socijaldemokratska partija hrvatske, SDP) has roots in the old Communist Party but is now an EU-friendly social liberal party. The SDP has led coalition governments during the periods that HDZ has been in opposition: 2000–2003 and 2011–2015. SDP has been headed by Davor Bernardić since 2016.

The relatively populist middle party Most (roughly Independent list bridge, Most nezavisnih list, most means “bridge”) was initially a regional platform but became the national party for the 2015 elections and came in third place. The party has good relations with the Catholic Church and advocates economic and legal reform. Most formed a government with HDZ after the 2015 election and, despite the cooperation burst, again after the new election in 2016. When the new coalition government also collapsed in the summer of 2017, the party went into opposition.

A party that, like Most, has challenged the traditional parties, was formed by a number of activist-oriented groups in 2011 and took the name Živi zid (meaning literally “living wall” and refers to human shield) in 2014. The same year, the party’s candidate Ivan Sinčić received just over 16 percent of the vote in the first round of the presidential election and the party entered parliament in 2015. Živi zid is systemically critical and EU-skeptical, and is described as both left-wing populist and nationalist.

Zagreb’s Mayor Milan Bandić formed the party Bandić Milan 365 Labor and Solidarity Party (Bandić Milan 365 Stranka rada in solidarnosti) in 2015. Bandić was formerly a Social Democrat, but stood as an independent candidate in the presidential elections around the turn of the year 2009/2010, when he lost in the second round.

Istrian Democratic Assembly (Istarski Democratski sabor, IDS) is a social liberal party that dominates Istria. IDS works for increased self-government for the peninsula, and has been part of the socially democratically controlled governments.

The Croatian Democratic Alliance in Slavonia and Baranja (Hrvatski Democratski savez Slavonije in Baranje, HDSSB) is a regional right-wing populist party in Slavonia in the east. It was founded in 2006 by defectors from HDZ led by the war criminal suspected Branimir Glavaš. 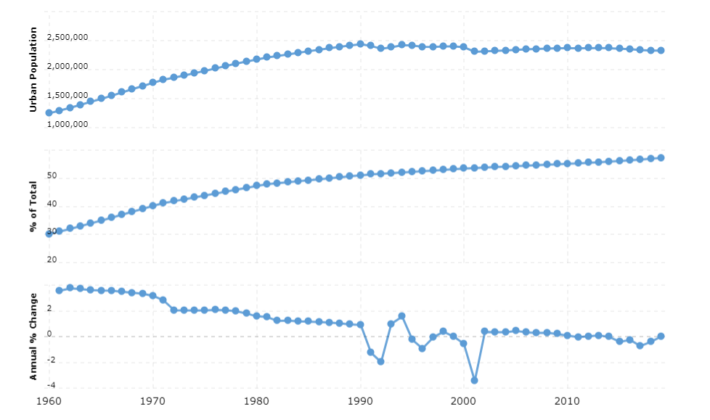