Short for EZ by Abbreviationfinder, the Czech Republic is a parliamentary democracy, where the Prime Minister and his government have the executive power. The president formally has a ceremonial role, but through his right of veto can influence the legislation. Corruption is a widespread problem in government and politics. The distrust of politicians is great. Two parties, the bourgeois Democratic Citizens’ Party (ODS) and the left-wing Social Democratic Party (ČSSD), have switched to power since 1990, but have usually ruled in coalition with several smaller parties. But in the 2017 election, a relatively new party, Disgruntled Citizens’ Action (ANO) became the largest party.

The constitution was adopted in 1992 but has subsequently received several additions. Since 2012, the president is elected directly by the people instead of being previously elected by Parliament. The president is head of state and is elected for a term of five years and can sit for a maximum of two consecutive terms. If a presidential candidate does not receive at least half of the votes in the election, a second decisive round is held between the two candidates who received the most votes. The president is also the commander-in-chief, appoints the prime minister and has the right to demand re-examination of legislative proposals in Parliament. Although the president mainly has ceremonial powers, both incumbent President Miloš Zeman and his representative Václav Klaus have tried to influence politics.

The legislative power lies with Parliament’s two chambers: the Chamber of Deputies (poslanecká sněmovna) and the Senate (Senát). The government is responsible for the Chamber of Deputies, whose 200 members are elected for four years in proportionate elections. To get a seat in the House, a party must get at least five percent of the vote. The Senate has 81 members who are elected for six years by a majority vote in one-man constituencies. One third of the senators are replaced every two years. The voting age is 18 years.

The legislative work mainly takes place in the Chamber of Deputies, where most laws are pushed through. The Senate mainly influences proposals for constitutional amendments, as a three-fifths majority is required in both chambers for the change to be approved.

The Constitutional Court has repeatedly interfered with laws and decrees which, according to the Court, have not been in accordance with the Constitution.

The country has since 1998 been divided into 14 regions. These include decisions on education, care, environmental policy and regional planning.

In the Czech Republic, there has long been a strong distrust of the traditional political parties. Not least, a series of corruption scandals have helped to undermine the confidence of politicians (see Modern History). To this is added the gap that exists between usually more liberal Czechs who live in the larger cities, especially in the economically strong Prague, and those who live in the countryside where many feel neglected. Dissatisfaction with social and economic gaps has created a breeding ground for populist politicians.

From 2014 to 2017, the country was ruled by a coalition between Social Democrats, Christian Democrats and the populist party ANO (see below). The collaboration, however, sounded questionable. The election in the fall of 2017 was a success for ANO, which was decidedly the largest party, but the party did not get its own majority in the Chamber of Deputies and the formation of government pulled out at the time. Only in June 2018 was a coalition formed between the ANO and the Social Democrats. The coalition was dependent on support from the Communist Party.

Disgruntled Citizens’ Action (Akce nespokojených občanů, ANO) was founded in 2011 by the entrepreneur, billionaire and former communist Andrej Babiš. ANO (which means Yes in Czech), according to the party leader, does not belong to the right or left bloc in politics and is usually referred to as populist by the outside world. Babiš says he wants to run the Czech Republic as a company and fight corruption and tax fraud.

The Social Democratic Party (Česká strana sociálněokratická, ČSSD), founded as early as 1878, differs from other Social Democratic parties in the former eastern states because it is not a renamed Communist Party but is based on social democratic traditions. It became the largest party in the new election in 2013 and the party’s then leader, Bohuslav Sobotka, was prime minister from 2014 to 2017. However, the party has been weakened by contradictions between a fairly conservative and immigrant-critical faction and one that emphasizes environmental issues and support for vulnerable minority groups. In the 2017 election, the party came in divided fifth place with the Communist Party.

The bourgeois Democratic Citizens’ Party (Občanskáokratická strana (ODS)), was most recently in office 2010-2013. ODS, shaken by a series of corruption scandals, made a lousy choice in 2013, but strengthened its position somewhat in 2017. ODS came second but far behind the winning ANO.

Third in the 2017 election was the EU-positive Czech Pirate Party (Česká Pirátská Strana, CPS), founded in 2009. The party advocates greater transparency in public affairs, opposes all censorship of the internet, wants to take action against corruption and raise teacher salaries. It has its main support in Prague and with the educated elite.

In 2013, the dawn of the right-wing populist Direct Democracy (Úsvit přímé democracie, UPD) was founded by Senator Tomio Okamura, who wanted to introduce direct democracy with referenda at all levels of society. UPD also advocated ethnic segregation. It entered parliament in 2013, but soon split. In 2015, Okamura formed a new party, the EU-critical Freedom and Direct Democracy (Svoboda a přímá democracie, SPD), which came fourth in the 2017 election.

The Bohemian and Moravian Communist Party (Komunistická strana Čech a Moravy, KSČM) has its base among older voters. The party ruled a lot from the Second World War and up to the Samet Revolution in 1989 (see Modern History). The economic crisis, corruption and unpopular cuts have given the Communist Party new sympathizers. However, the party lost ground in the 2017 election and came in shared fifth place with the Social Democrats.

The Christian Democratic Union-People’s Party (Křesťanská a Demokrická unie-Československá strana lidová, KDU-ČSL) has its roots in the 19th century Christian social movements. The party has cooperated with both the right and the left. It resigned from the Chamber of Deputies in the 2010 election but re-entered 2013. The party has since belonged to the smaller ones in parliament.

The Right Party Tradition Responsibility Prosperity (Tradice Odpovědnost Prosperita, TOP 09) entered parliament in 2010 as the third largest party and was a member of the bourgeois government in 2010-2013, but has since lost ground. In the 2017 election, TOP 09 became the next smallest party in the House.

At least it is Mayor and Independent (Starostové a Nezávislí, STAN) that was formed in 2004. The party works for decentralization and wants to give municipalities more power.

There are several other small parties: the Green Party (Strana zelených), which runs environmental issues. The Green Party was part of the coalition government in 2007-2010, but then left the Chamber of Deputies. However, the party is represented with a mandate in the Senate.

The Social Democratic Civil Rights Party (Strana Práv Občanů, SPO) formed in 2009 is considered to be closely related to President Zeman, but is not represented in Parliament. The EU-skeptical right-wing party The Free Citizens’ Party (Strana svobodných občanů) has a mandate in the European Parliament.

In 2013, a new Roman party was formed, the Democratic Party of the Romans (Romskáokratická strana, RDS).

New rules have been introduced to counteract political corruption and limit how large sums that parties and candidates may invest in an election (see Current policy). Several parties, the Social Democrats, ANO and ODS, have also chosen to voluntarily publish some information on their finances online.

The judiciary consists of district courts, regional courts, court courts and the Supreme Court. There is also a Constitutional Court. The judges in higher courts are appointed by the president, but must be approved by the Senate. Political pressure on the courts is common. However, the State Prosecutor has been given a more independent role in recent years. Corruption is widespread in the judiciary. 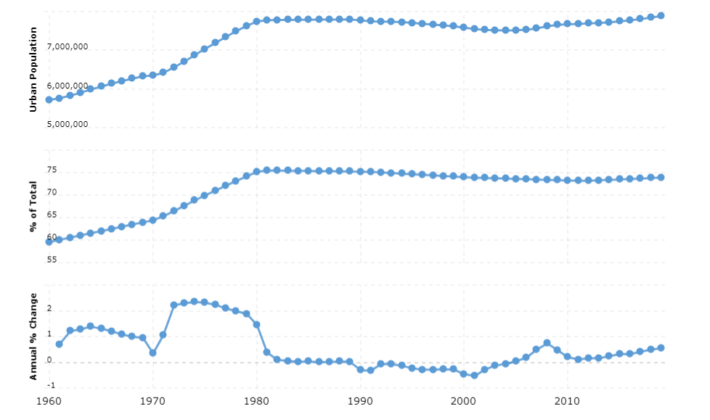