Women can inherit the throne according to the revised Constitution, and since 1972 the head of state is named Queen Margrethe II. It is the prime minister who appoints other ministers, but the monarch has a practical function in connection with government formation. After listening to the advice of all parties in the parliament, it is the monarch who appoints a negotiating leader. Otherwise, the monarch’s duties are representative and symbolic.

Since 1953, the Folketing has only one chamber with 179 members, two of whom are from Greenland and two from the Faroe Islands. Women were given the right to vote and to vote in 1915, and in the last two decades the proportion of female members has reached 37–39 percent. The members of the parliament are elected in direct, proportional elections that take place at most four years apart. Elections are announced by the prime minister when he / she deems it appropriate, or if the government loses the confidence of the parliamentary majority. Danish citizens have the right to vote and can be elected to the parliament when they turn 18. To enter the parliament, a party must win at least two percent of all the votes or get a so-called circuit mandate.

In special cases, for example, to promote international legal order or other cooperation with the outside world, Denmark may, under certain conditions, assign relevant powers to international authorities. Such a decision must be approved by five-sixths of the members of the parliament or by more than half of the members and by the voters in a referendum.

The government administration is managed by several ministries, under which a number of boards, government agencies and other authorities sort. The chief executive of each branch is the minister, but there are no political secretaries of state, and the officials are not politically appointed. In recent years, much of the decision-making and financial responsibility have been transferred from the ministries to lower-level authorities.

Following a municipal reform in 2007, Denmark gained five regions – North Jutland, Central Jutland, South Denmark, Zealand and the Capital (including Bornholm). The regions replaced the previous 13 county municipalities and the metropolitan area (corresponding county). The former 271 primary municipalities were merged into 98 major municipalities, all but 4 of which have at least 20,000 residents.

Each region is led by its regional council, with 41 elected members, who in turn elect a chairman, called the regional council chairman. Elections to the regional councils are held every four years. The regions have the main responsibility for most of the country’s hospitals but have no right to collect taxes. They also have tasks in the social field and regional development. The business is financed by state funds.

Even within such a relatively small and homogeneous country, there are significant and in some cases growing differences among the municipalities. For example, the average family income in the richest municipality north of Copenhagen is twice as high as in the poorest on the southern island of Lolland. Therefore, there is a certain redistribution of income from rich to poor municipalities.

On January 1, 2007, a major reform of the judiciary came into force. The country’s 84 city courts (the district courts) turned 24 into the number and would handle all legal cases. Previously, some cases could only be admitted to a higher instance, the two national courts (Østre and Vestre Landsret). The last instance is the Supreme Court (Supreme Court) with at least five judges.

Danish politics is characterized by relatively broad party settlements on many important issues. In the parliament, no party has had its own majority since the middle of the 20th century. Therefore, governments nowadays usually consist of coalitions between several parties. However, sometimes the government is dependent on support from other parties in the parliament.

The co-government requires compromises and therefore there is great agreement between most parties about the social model and a number of basic values ​​and goals. The parties to the right of the center have become more socially conscious and most left-wing parties today see market economy as a prerequisite for economic growth and welfare.

Parties on the far right and left have, as a rule, exercised limited political influence, while small middle parties have been able to influence government formation at times by alternately supporting the larger political groups.

The party system is undergoing two changes that are going in the opposite direction, on the one hand, a development towards “block policy” – in practice a two-party system – and on the steady growth of small parties.

Socialist People’s Party was formed by former communists in 1959. The most left-wing party in the parliament is the Enhedslisten-De red-green, which was formed in 1989 by the Socialist Workers Party, the Communist Party of Denmark and the Left Socialists and has collective leadership.

On the bourgeois side, the former peasant party Venstre has developed into a broad liberal party and in the 2007 election became the country’s largest party, a position that the party retained in the 2011 election, even though it lost government power. In the 2015 elections, Venstre was only third but was able to form a government with the support of a bourgeois majority in the parliament.

The radical left broke out of Venstre in the early 1900s and despite its name, is a middle party with social liberal and defense skepticism. For a large part of the past century, the party has had a role as a waveguide party in the parliament and thus has been allowed to sit in a number of governments with right- and (since 1993 only) left parties. In this way, the Radical Left has had a great influence over Danish politics, despite the fact that the party has not collected more than 4 percent to 15 percent of the votes in the past half-century. In the 2011 election, Radical left strongly ahead and ended up in fourth place, but it backed to the seventh largest party in the 2015 election.

In the 2007 election, the Radical left got competition for the center electorate when defeated parliamentary members from the Radical Left and the Conservative People’s Party formed a New Alliance, with socially liberal and social conservative values. The party got five seats, but soon two members jumped off – one became “politically savage” and one went to Venstre. A new alliance thus lost the role of a waveguide party it could have played. In September 2008, the party changed its name to the Liberal Alliance.

In the 1973 election, a new populist dissatisfaction party, the Progress Party, entered the parliament. In the mid-1990s, internal divisions led to the formation of the Danish People’s Party, which at the 1998 elections won significantly more seats than the parent party. While the Progress Party has now completely disappeared, the Danish People’s Party, led by Pia Kjærsgaard, became the third largest party in the 2007 election by advocating limited immigration and greater benefits for older citizens and being strongly negative to the EU. The party’s position as the third largest stood in the 2011 election, and in the 2015 election it advanced to second place and became, by a small margin, the largest bourgeois party. It gave its support to Venstre but stayed away from government responsibility. In the election four years later, however, the party lost more than half of its seats in the parliament. 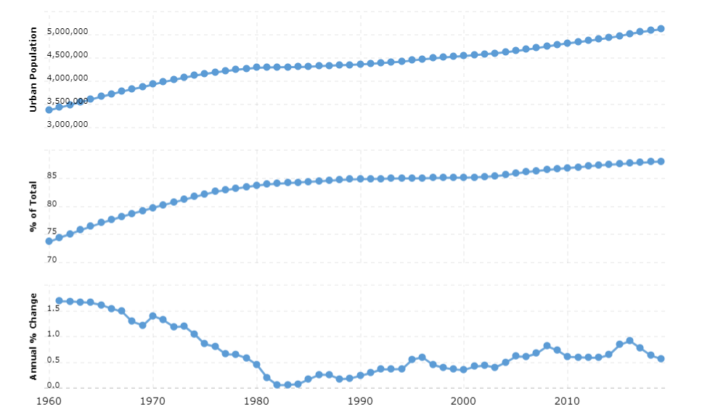