Short for EE by Abbreviationfinder, Estonia is a parliamentary democracy, whose president is elected by Parliament. The policy has long been characterized by party fragmentation but has stabilized during the 2000s. The center-left Center Party and the Liberal Reform Party have long been the dominant parties and rotated in power.

The current constitution is a revised version of the 1938 Constitution, which was repealed by the Soviet Union in 1940 but was withdrawn following a referendum in 1992 – one year after independence from the Soviet Union.

The current Republic of Estonia is, in the legal sense, a restoration of the First Republic. Independence is not considered to have been interrupted, since Soviet rule in Estonia is considered illegal.

Estonia is a republic governed by a directly elected parliament (riigikogu), with 101 members. A party must get at least five percent of the vote in an election to get into parliament.

The President shall be elected by Parliament for a term of five years and may be re-elected. If Parliament fails to elect a President, the process proceeds to a College of Elections made up of Members of Parliament and local representatives.

The president is the head of state and supreme commander of the defense forces. The president proposes a head of government (prime minister), which must be approved by Parliament and who in turn appoints other ministers in the government.

Estonian citizens (see Population and languages) who are 18 years of age have the right to vote in Parliament and since 2015 the minimum age for local elections is 16 years. Anyone who is not a citizen but a permanent resident of the country may vote in local elections.

Estonia has traditionally been divided into counties (makond) with municipalities (elected). In 2017, a merger was carried out with the aim of reducing the number of municipalities from 231 to 34. All municipalities must have at least 5,000 residents. The government’s intention is then to abolish the county division.

The Constitution guarantees an independent judicial system with three bodies, the highest being the Supreme Court.

After independence in 1991, domestic politics was characterized by party fragmentation. However, the five per cent limit to Parliament has forced smaller parties to electoral cooperation. Voter sympathies have fluctuated sharply, parties have come and gone, and coalition governments have often been unstable.

There are no clear right and left blocks as in Sweden. Almost all governments have had market economy growth, privatization and EU membership as the main target. After Estonia’s accession to the EU in 2004, domestic policy stabilized somewhat.

The Liberian Estonian Reform Party (Eesti Reformierakond) and the Conservative Confederation (Isamaaliit / Pro Patria) – long led by Mart Laar – have been driving the country’s economic liberalization and accession to the EU. The Reform Party has ruled with almost all parties in Parliament. Its voters are relatively young, almost all of whom are Estonian speakers and usually Estonian nationalists. The party was led from its founding in 1994 to 2004 by Siim Kallas, who then made a career in the European Commission.

The Estonians rejected the type of post-communist party that had great influence in, for example, Lithuania. Defenders of low-income earners and poor pensioners, the Estonian Center Party (Eesti Keskerakond) was formed in 1991 by former People’s Front leader Edgar Savisaar. Despite the name, the party is left-wing and wants to strengthen the rights of the Russian minority. The Center Party is supported by many Russian-speaking voters and has had great success in local elections, where non-citizens are also allowed to vote. But more and more stateless residents are seeking Estonian citizenship and are also entitled to vote in parliamentary elections. After a long time in opposition, the Center Party returned as the leading government party in 2016.

The Social Democratic Party (Sotsiaaldemokraatlik Erakond, formerly the Moderates) arose through a merger of center-left groups. The small Russian party joined the Social Democrats in 2012. The party’s support from Russian-speaking voters has grown in recent years.

The Estonian People’s Union used to play an important role as a rural party. Since the party lost influence, in 2012 it merged with Estonia’s national movement and formed Estonia’s Conservative People’s Party (Eesti Konservatiivne Rahvaerakond). In foreign media reporting, the abbreviation Ekre is often used. The party is against immigration and critical of the EU, and in recent years it has received stronger support in the country. 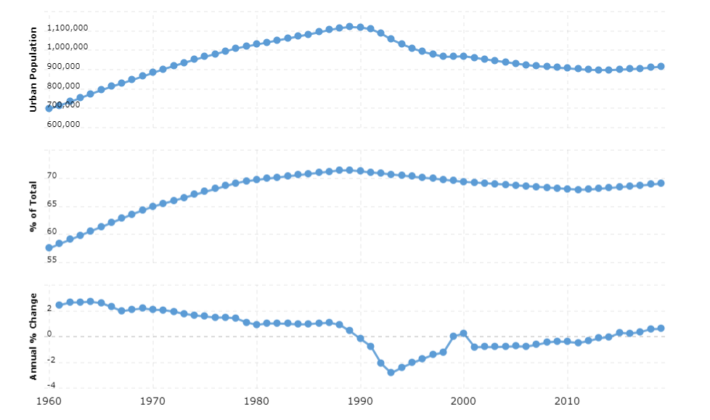 Parliament elects Toomas Hendrik Ilves as president for another five years. For the first time, a president with a two-thirds majority is already elected in the first round of elections.

Prime Minister Andrus Ansip’s Liberal Reform Party wins the parliamentary election with 28.6 percent of the vote. The party, together with its coalition partner, the right-wing Alliance IRL, gains a majority in parliament and can continue to rule. The Social Democrats in opposition almost double their mandate.

Estonia switches to the euro as the first former Soviet republic.