The 1975 Constitution provides that short for GR by Abbreviationfinder, Greece is a parliamentary democracy with a president who is head of state and formal commander-in-chief.

The President has mainly representative duties and is elected by the Legislative Parliament (vouli) for a period of five years and can be re-elected. Two thirds of Parliament’s members must agree on a candidate, otherwise a new vote will be held. If a president has not been able to vote after three rounds, a new election is announced to Parliament. Thereafter, the president can be elected by a simple majority (half of the members plus one).

Only Parliament has the right to dismiss the Prime Minister, announce referendums and introduce emergency permits. Parliament has a House with 300 members, who are elected by universal suffrage for a maximum of four years. The voting age was lowered in 2016 from 18 years to 17 years. 250 seats are added with proportional selection method. The party that receives the most votes is assigned the other 50 seats with the aim of creating stable majority governments. To get into Parliament, a party must get at least three percent of the vote.

Laws passed by Parliament must be approved by the President. He can return a decision on a new law to Parliament for a report but has no real veto right. Parliament can put the President before the national court if the proposal is supported by two-thirds of its members.

Legal issues are, in principle, tried at three levels: district courts, appellate courts for appeals and the Supreme Court, which takes up and decides on preliminary (normative) cases. Simpler cases can be decided by so-called peace judges and police tribunals. The Special High Court decides disputes about how the Constitution is to be interpreted, monitors the proper conduct of parliamentary elections and referendums, and resolves disputes between two judicial bodies or authorities. There is also a court for administrative legal matters, the Government.

From Greece’s return to democracy in 1974 until the beginning of the 2010 century, two major parties toured the government: the Social Democratic Panhellenic Socialist Movement (Panellinio Sosialistiko Kinima, Pasok) and the center-right Party New Democracy (Nea Dimokratia). Both parties raged in confidence among voters during the deep economic crisis that hit the country from 2008. At the same time, other parties gained political influence, including parties far out on the outer edges of politics. In 2015, the first government was formed since 1974 without the involvement of Pasok or New Democracy (see below).

Pasok grew out of the resistance movement during the dictatorship 1967–1974 (see Modern History). The party initially advocated socialism and wanted Greece to leave the military alliance NATO and the EC (the current EU). Gradually Pasok was transformed into a social democratic party with an EU and market-friendly policy. In the 2009 elections, Pasok became the largest party but came up big in the aftermath of the 2012 and 2015 elections (when two elections were held). In 2017, Pasok together with a few small parties formed a new center-left party Movement for Change (Kinima Allagis, Kinal), which came in third place in the 2019 election.

New Democracy was founded in 1974 as an umbrella organization for liberals, conservatives and former royalists with the goal of restoring democracy after military rule. The party stands for a traditional market liberal right-wing policy with strong support for NATO and the EU. In both elections held in 2015, New democracy lost big to the left-wing Syriza but returned to power after a superior victory in the 2019 elections (see Current policy).

The radical left coalition (Synaspismos Rizospastikis Aristeras, Syriza) emerged as an alliance between ten different parties in 2004 and became a regular party in 2013. The party won the election in January 2015 and formed government together with the newly formed right-wing Independent Greeks (Anexartiti Ellines, Anel) founded of defectors from New Democracy.

The coalition between Syriza and Independent Greeks was seen as an unholy alliance. The two stood far from each other ideologically, but united in a strong opposition to the austerity policy of previous governments and in the EU skepticism that grew stronger in the former EU-friendly Greece during the crisis years.

Syriza held the standings in the new elections held in September 2015 but was punished by the voters in the 2019 election when the party lost almost half of its seats. Coalition partner Anel chose not to stand.

The Communist Party (Kommunistiko Komma Ellados, KKE) is the country’s oldest party, founded as early as 1918. The party is strongly anti-American and has its main support among trade union activists and small farmers. In the last elections, the party came in fourth and fifth place respectively.

The Nazi-inspired Golden Dawn (Chrisi Avgi), which has its roots back in the 1980s, first entered Parliament in 2012. In the 2015 elections, Golden Dawn became the third largest party after Syriza and New Democracy. Golden dawn has been mentioned for its violent demonstrations as well as sharp criticism of immigration and previous governments’ handling of the debt crisis. The party did not succeed in crossing the barrier in the 2019 election.

Ahead of the 2014 European elections, a pro-European social liberal party called the River (To Potami) was formed. The party was elected to Parliament in the January 2015 elections and, in the ensuing September election, was joined by the Center Union (Enosis Kentrau) also named Social Liberal. The Center Union failed to enter Parliament in 2019. The river did not participate.

Instead, two new parties joined the parliament: the nationalist and pro-Russian Greek solution (Elliniki Lisi) founded in 2016 and the grassroots party Movement for Democracy in Europe 2025 (MeRA25), a creation of former Finance Minister Yanis Varoufakis. Founded in 2018, the MeRA25 stands out as an EU-friendly and against the establishment with members of the “left, liberalism, environmental movement and feminism”.

The three percent threshold has made it difficult for minority parties to enter Parliament. The minority people instead work within the established parties. The country’s many small parties often form alliances to cross the barrier to Parliament. 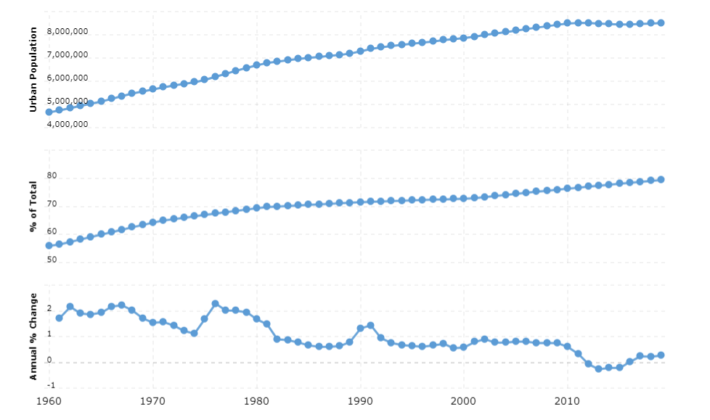