Irish politics is dominated by two bourgeois parties Fianna Fáil and Fine Gael. For a long time, the major difference between the parties was how they saw the freedom struggle in the 1920s and the division of the Irish island. Interest in Irish unity was declining for many, but became relevant again in the UK’s decision to leave the EU. Several smaller parties have increased their influence in recent years.

According to the 1937 Constitution, Ireland is a sovereign and democratic state. 1949 the country became a republic. Since official policy was for a long time a reunion between the Republic of Ireland and Northern Ireland, the constitutional law on the paper applied to the whole island of Ireland. The 1998 Northern Ireland Peace Agreement deleted the article claiming Ireland throughout the island.

The head of state is the president, Uachtarán, who is appointed for seven years by direct elections and can be re-elected. The President’s duties are primarily representative. For their part, they have a special advisory body: the Council of State.

The executive is exercised by the government under the leadership of the Prime Minister, the Taoiseach. The government, which is appointed by the prime minister, is accountable to Parliament, oireachtas, which has the legislative power.

Parliament has two chambers: the Chamber of Deputies (Dáil Éirann), and the Senate (Seanad Éirann). From the 2020 elections, the Chamber of Deputies has 160 members who are appointed through proportional general elections for a term of five years. There is no barrier for small lots. In practice, the Chamber of Deputies will have 159 members, since the President, who is re-elected automatically, usually does not take part in the vote. Of the 60 members of the Senate, eleven are directly appointed by the Prime Minister and six by some universities. The remaining 43 are indirectly appointed via five so-called candidate panels representing groups such as companies and unions. The Senate has no veto power but can return bill to that House of Representatives within 90 days.

The voting age is 18 years.

Ireland is divided into the four provinces of Leinster, Munster, Connacht and Ulster. The provinces are divided into 26 counties. Prior to the British division of Ireland in 1921, Ulster had nine counties. Six of these are now in Northern Ireland, whose Protestant population often calls their own province Ulster.

The constitution also contains a number of social and religious norms, which largely reflect the values ​​that prevailed in the 1930s when it was written, while at the same time the society has been slowly liberalized (see Current Politics and Social Conditions). In 1972, a section was passed that gave the Catholic Church a “special position” in the country. In recent years, several changes have been made after being approved in referendums: same-sex marriage is now allowed (2015), legislation against blasphemy has been abolished (2017, see Democracy and Rights), the so-called Eighth Amendment which meant that a fetus should have the same the right to life that the pregnant woman was abolished (2018, see Social conditions) and for the liberalization of the country’s divorce laws (2019).

Politics has long been dominated by two bourgeois parties: Fianna Fáil (Fighter’s Fighter) and Fine Gael (Tribe of Celts). The parties have switched to power, but Fianna Fáil has ruled Ireland for considerably longer periods than Fine Gael. For many years, the two parties received a total of 80 percent of the vote in Irish elections, but in recent years the political map has been redrafted and in the February 2016 election they were allowed to share 50 percent of the vote. The Labor Party, which in 2011 to 2016 was part of the government coalition with Fine Gael, made a lousy choice, while 17 independent members were elected to the Chamber of Deputies.

The result meant that none of the major parties could reach majority in the House if they did not cooperate with each other or with Sinn Fein and several smaller parties. Only after several months of negotiations could Fine Gael form a minority government with the support of Fianna Fáil and several independent members. In particular, Fianna Fáil, many politicians opposed a formal coalition between the two parties.

The 2020 election marks yet another shift in Irish politics, with Sinn Féin receiving the most votes, although Fianna Fáil was ultimately given a more mandate. The party’s left-wing policy seems to have appealed, in particular, to young voters who lack their own memories of the conflict in Northern Ireland, which has previously discouraged many Irishmen from voting for the party because of its ties to the Irish Republican Army (IRA).

Today, there are no major ideological differences between Fianna Fáil and Fine Gael, but historically they have been separated in their view of the freedom struggle in the 1920s. Fianna Fáil was formed by those who wanted to break with the British, while Fine Gael originated in the groups who wanted to follow the 1921 treaty which meant that Northern Ireland remained British against the rest of the island being granted limited autonomy (see Older history). The question of a united Ireland was long important both for the Irish government and for most Irish people. However, the interest in a reunion seemed to cool off, although it was not something they said openly from an official point of view. However, after the UK voted in favor of leaving the EU in 2016, the question of what would happen to the Northern Ireland-Ireland border became one of the most pressing issues during the UK-EU negotiations and support for a united Ireland seemed to grow, at least in Northern Ireland (see also Foreign policy and defense).

Fine Gael is a Christian democratic party and has traditionally been strong among intellectuals, business leaders, big farmers and the middle class in Dublin. Since the 1970s, the party has worked to modernize society. The 2011 election was a great success for the party and its leader Enda Kenny took office as prime minister. Disappointment with Kenny led him to resign in May 2017. Leo Varadkar then took over as both party leader and prime minister.

The Social Democratic Labor Party (Labor Party), which was formed in 1912, has its roots in the trade union movement, but today belongs to the center of Irish politics. The party merged in 1998 with a smaller party, the Democratic Left. Labor also succeeded in the 2011 election, especially in Dublin and its environs. The party sat in the government together with Fine Gael in 2001 to 2016. The dissatisfaction with the government coalition’s crisis policy hit Labor who lost big in the 2016 election. Party leader is Brendan Howlin.

Fianna Fáil was founded in 1926 and formed its first government in 1932. The party is considered more conservative in social issues than Fine Gael. It has traditionally been strongest among workers and peasants, but in the late 1990s won new voters among well-off groups in the larger cities. Fianna Fáil ruled Ireland in 1997–2011 in collaboration with several small parties. The party, but especially Bertie Ahern (party leader and prime minister 1997–2008), could for many years benefit from the rapidly growing economy, but later came to blame for the deep economic crisis that Ireland entered into in 2008 (see Current Politics and Economic overview). The party has been led by Micheál Martin since 2011. In 2012, he apologized for his party’s role in the crisis and has invested in strengthening the party’s grass roots. In 2018/2019 Fianna Fáil took the first steps to start collaborating with the Northern Ireland Social Democratic Party SDLP.

The Green Party (Comhaontas Glas) has its roots in the environmental and anti-nuclear power movements of the 1980s. The party wants more political issues to be decided at local or regional level. It opposes increased European integration and expanded military cooperation within the EU and wants to set clearer boundaries for free trade. The party formed government with Fianna Faíl and PD in 2007, despite the earlier harsh criticism of the two parties’ environmental policy. The Green Party lost big in the 2011 election and resigned from Parliament, but was re-elected in 2016.

Sinn Fein (literally means “only ourselves”) was previously described as a political branch of the Irish Republican Army (IRA) (see Modern History) who, by methods of violence, worked for a united Ireland. As a result of the 1998 Northern Ireland Peace Agreement, the IRA dropped its weapons. Sinn Féin operates in both Ireland and Northern Ireland. It claims to work for a democratic and socialist Ireland and has invested heavily in building a voter base in socially vulnerable suburban areas. It has toned down its more militant rhetoric and now attaches great importance to issues of care and education and how to equalize social divisions. The party has been in the Irish Parliament since 1997. It is also part of the Northern Irish Government and is the second largest party in the Northern Ireland Regional Parliament. Sinn Féin has also won a seat in the British Parliament and in the European Parliament. In 2016, the party became the third largest party in the Irish Parliament. In 2018, a historic shift of power occurred when Gerry Adams who led the party since 1983 handed over the party leader post to Mary Lou McDonald. The Northern Ireland branch of the party is led by Michelle O’Neill.

In the summer of 2015 formed three independent members of the Chamber of Deputies Social Democratic Party (Social Democrats), who said he would bring a left politics after the Nordic model. One of the main election promises in 2016 was to abolish the unpopular water fees and to introduce better childcare at reasonable prices. The party received three seats in the 2016 election.

In 2015, Renua Ireland was also formed, which stood to the right of the political scale. It was founded by several politicians who were excluded from Fine Gael in 2013 after they voted against allowing abortion in particularly aggravating cases. Reduced income taxes and harsh penalties for serious crimes were on the party program ahead of the 2016 election. However, it did not enter Parliament.

A group called the Independent Alliance was formed in March 2015. However, it is not a formal party and contains both bourgeois and more leftist politicians.

Another new party is Unity (Aontú, Unity) formed in early 2019 by Peadar Tóibín who was suspended from Sinn Féin since he had voted in 2018 against the new abortion legislation in parliament.

The judicial system is built according to the English model. The first court is a number of district and district courts. Appeals may be taken up in the next instance, the Higher Court (High Court). The eight judges in the Supreme Court, among other things, raise serious criminal cases and examine (at the request of the President) whether new laws are in accordance with the Constitution. Furthermore, there is an appellate court for criminal cases. There is also a special court that raises cases against suspected terrorists and organized crime. The judges are nominated by the government but formally appointed by the president. 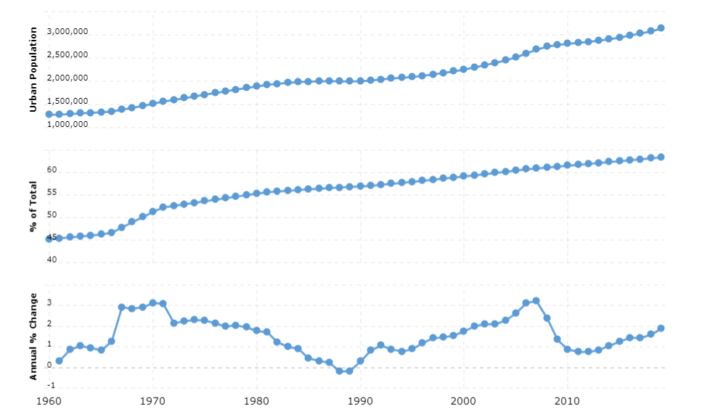