Short for SP by Abbreviationfinder, the Republic of Northern Macedonia is a parliamentary democracy. Two major political issues dominated after independence in 1991: the strained relations between the two dominant peoples groups and a dispute with Greece over the name of Macedonia. The first question has decreased in importance and the latter has been resolved as the country changed its name to Northern Macedonia in February 2019.

The head of state is the president of the republic, who is elected in direct elections for a five-year term and can be re-elected. In order for the election to be valid, turnout must be at least 40 percent. The government exercises executive power, but in practice the president can have great influence over politics.

The legislative power resides with the single-chamber parliament, sobranie, whose members are elected through proportional elections. Parliament has at least 120 members. Since 2011, another 3 members can be elected by foreign donations. However, in order for these seats to be filled, a certain minimum number of voting participants is required, and in the 2016 election too few overseas donations participated in order for the seats to be filled. The term of office is four years. The voting age and eligibility age is 18 years. By law, the government must be dissolved 100 days before an election, and a politically neutral government will rule during the transition period.

The constitution adopted at independence in 1991 has been amended on several important points: first in 1995 to meet the wishes of neighboring Greece with regard to the country’s name and flag (see Foreign Policy and Defense), since 2001 through the so-called Ohrid agreement to meet the demands of the country Albanian minority on increased political and civil rights (see Modern History).

Administratively, Northern Macedonia is divided into municipalities. In accordance with the Ohrid agreement, 123 municipalities were merged into 84 in 2004, giving the Albanians increased local influence. A merger of four municipalities reduced the number to 81 in 2013.

Politics is characterized by tensions between Macedonians and Albanians, but also by contradictions between and within the major parties, and outbreaks have occurred. At the same time, all parties in politics have shown some restraint in order to avoid the country falling apart. Since 2014, a conflict between the two largest parties (VMRO-DPMNE and SDSM) has often crippled all the work in Parliament and led to repeated popular demonstrations. 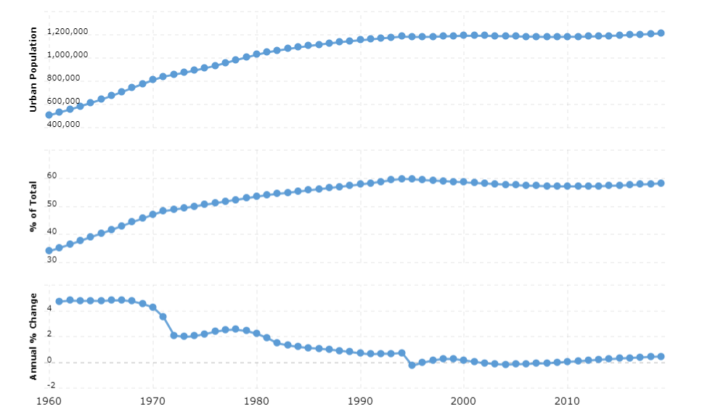 Despite protests from Serbia, Macedonia (together with Montenegro) recognizes the outbreak of the Kosovo Republic, which in February 2008 unilaterally proclaimed itself an independent state.

Prime Minister Nikola Gruevski’s Macedonian-nationalist center-right party VMRO-DPMNE wins the parliamentary election, which is however surrounded by violence and electoral fraud. Partial Alliance For a Better Macedonia, dominated by VMRO-DPMNE, gets 49 percent of the vote against 24 percent for the Social Democrats Coalition for Europe. Gruevski chooses a government collaboration with BDI, which again became the largest Albanian party with 13 percent of the vote.

At the NATO summit, Greece vetoes a Macedonian NATO membership because of disagreement over the name of Macedonia, which Greece considers to be important to a Greek province of the same name.