Short for MT by Abbreviationfinder, Malta is a republic of parliamentary democracy. The country became independent from the UK in 1964 and is a member of the Commonwealth (Britain and the former British colonies). The British queen was head of state until 1974 when the constitution was changed and Malta became a republic.

The Constitution guarantees the individual’s freedoms and rights as well as the independence of the courts from the legislative and the executive power. A constitutional amendment from 1987 states that Malta is neutral and alliance-free. No foreign military bases are allowed on Maltese territory.

The president is head of state, but has only representative duties. The President is elected by Parliament for a term of five years.

The leader of the party supported by a majority of MPs is appointed prime minister by the president. The prime minister then decides for himself how many and who should be included in the government.

Parliament, the House of Representatives, makes laws. The members are elected in general elections every five years. The number of parliamentarians, currently 69, can be changed if the Assembly decides. In the elections a proportional election system is applied. If a party wins more than 50 percent of the vote but still does not get more than half of the seats in parliament, the party is allocated extra seats to reach a majority. The voting age was lowered from 18 to 16 at the beginning of 2018.

The Workers’ Party (Partit Laburista, PL) and the Nationalist Party (Partit Nazzjonalista, PN) have dominated political life in Malta since independence. The Nationalist Party was founded in 1880 and has sprung from the nationalism that advanced across Europe in the late 1800s. The Labor Party, which until November 2008 was called the Partit Speech-Haddiema in Maltese, was born in 1921 from the trade union movement. Both parties have been equally strong in almost all elections. The Nationalist Party held government power from 1998 to 2013 when the Labor Party gained a majority in the parliamentary elections.

Malta’s other parties have never succeeded in entering Parliament. The largest of the small parties is the Environmental Party Democratic Alternative (Alternative Democracy – The Green Party, AD), formed in 1989.

Going to vote is considered important and there are few couchers. Party affiliation has traditionally been accorded great social significance and has had to decide everything from place of residence to socializing. Strong party loyalty has meant that the parties’ vote share has shown small differences from election to election. However, as the parties approached each other, party loyalty has slackened somewhat.

Malta has a well functioning and independent legal system that has been built up under French, British and Italian influence. Under the Supreme Court, special courts sort for, for example, litigation, criminal and commercial cases. The death penalty was abolished in 1999.

The country’s prisons hold international standards, but the UN Commissioner for Refugees, the EU, Amnesty International and other international organizations have repeatedly criticized the Maltese authorities for holding refugees in camps where living conditions are often difficult.

The EU has criticized Malta for not doing enough to combat corruption, despite the fact that there has long been a national anti-corruption commission. Corruption is considered to occur both at local and national authorities, as well as among politicians at various levels. According to the voluntary organization Transparency International’s corruption statistics, Malta came in 37th place when examining the level of corruption in 167 of the world’s countries made in 2015. Thus, Malta ranked just below France but significantly higher than Italy which came in 61st place. However, the result showed a deterioration compared with 2005 when Malta was in 25th place. 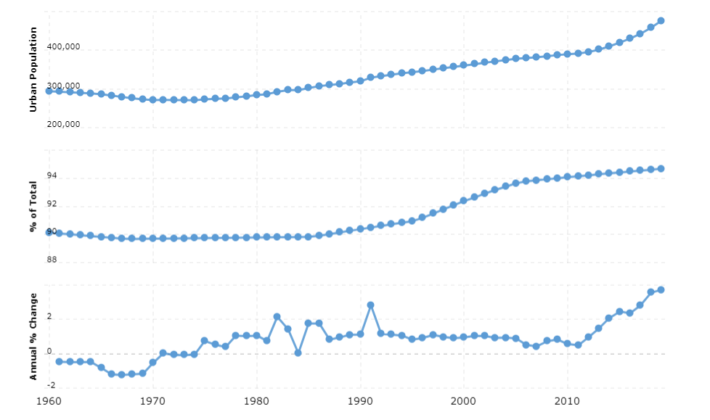 The Maltese vote in their second EU parliamentary elections. Like 2004, the Labor Party, which gets three of the country’s five seats in the European Parliament, wins, while the Nationalist Party gets two seats. Malta gets a sixth place later that year in accordance with the Lisbon Treaty, which comes into force in December 2009. The place goes to the Labor Party.

On April 1, Parliament will elect George Abela from the Labor Party as new president. He replaces Edward Fenech-Adami of the Nationalist Party.