Short for MD by Abbreviationfinder, Moldova is a parliamentary republic, where the president and parliament share the executive power. The country has two autonomous regions: Transnistria (Dnestre Republic) and Gagauzi. Transnistrian status has been disputed since Moldova’s independence in 1991, while Gagauzi became an autonomous region through a constitutional amendment in 2003. Party politics is characterized by fierce contradictions between Russia-oriented and EU-friendly parties.

The 1994 Constitution states that Moldova must be an indivisible and neutral state in which human rights are respected. The president is head of state and commander-in-chief and from 2016 is elected directly by the people for a term of four years. During the period 2000–2016, the President was appointed by Parliament, but the constitutional supplement on which this was based was revoked by the Constitutional Court in 2016.

The President appoints the Prime Minister (Head of Government) and then other Ministers on his proposal. However, the government must be approved by Parliament.

Parliament has a chamber of 101 members, who are elected in general elections for a term of four years. Parliament’s most important task is to pass laws, approve government policies, reject or adopt international agreements, and declare state of emergency, war or peace. In order to get representation in Parliament, a party must conquer at least six percent of the vote. An election association between two parties must receive at least nine percent and an election association between three or more parties at least twelve percent of the votes. In an advisory referendum in February 2019, the Moldavans voted to reduce the number of seats in Parliament from 101 to 61.

Prior to the February 2019 elections, the election system was changed. 50 of the members are now elected in proportional elections, while 51 are elected by majority vote in one-man constituencies. Previously, only proportional choices were applied. The new system favors larger parties as they have the greatest chance of winning in all constituencies. Smaller parties must be strongly locally anchored if they are to have the chance to get the most votes in a constituency.

Administratively, the country is divided into 33 districts and two autonomous regions, Transnistria (Dnestre Republic; see further chapter) and Gagauzi, as well as a number of cities and villages. The election of mayor and municipal council is held every four years.

The Gagauzi, with 150,000 residents, has its own elected parliament and an elected governor (Bashkan). If Moldova’s status as an independent nation were to change (for example, if Moldova unites with Romania), Gagauzi has the right to proclaim its independence.

The judicial system consists of the Supreme Court, the Constitutional Court, the Court of Appeal and District Courts. There are also special military and economic courts. The judges are appointed by the president after consultation with a judicial council.

There are over 40 registered parties in the country. Five of them are represented in Parliament. Political parties are generally built around strong leaders and grassroots organizations are usually poorly developed. The party programs are fairly unclear, but a dividing line goes between the parties who want to strengthen ties with the West and those who look east, towards Russia.

Distrust of politicians is widespread, which is not least fueled by the widespread corruption. Studies show that the majority of Moldavians believe that politicians are bought and that elections do not generate improvements.

The biggest party nowadays is the pro-Russian Moldovan Socialist Party (Partidul Socialistilor din Republica Moldova), which in the February 2019 elections won just over a third of the vote. The Socialist Party was formed as early as 1996 but did not enter Parliament until the 2014 elections, when the party is believed to have won over many supporters of the Communist Party, which in turn fell sharply backwards.

The Communist Party of Moldova (Partidul Comuniștilor din Republica Moldova) was the dominant party during the period 1998 to 2009. The party was banned a few years after the dissolution of the Soviet Union in 1991, but resumed in reformed form and became the largest party of the 1998 elections but failed to form government (see Modern history). Three years later, the party won its own majority and thus became the first Communist party in the former Soviet Union to take back government power through democratic elections. Until 2003, the Communist Party advocated closer cooperation with Russia, but then became more EU-friendly. The Communists lost power after a new election in the summer of 2009 and walked out of Parliament in the 2019 elections.

The Alliance was formed in December 2018 by the Liberal Action and Solidarity Party (Partidul Acțiune și Solidaritate) and Platform for Dignity and Truth (Partidul Platforma Demnitate şi Adevăr). The Action and Solidarity Party, founded in 2016, emphasizes in its program human rights and market economy. A platform for dignity and truth was formed in 2015 as the extension of the popular movement against corruption and for increased transparency in state administration. Party leader Adrian Năstase won the mayoral election in the capital Chisinău in June 2018, but the election was subsequently annulled, which led to criticism both in Moldova and the outside world (see Current policy and Calendar, respectively).

Parliament’s smallest party, the Şor party (Partidul Şor), has been in existence since 1998 but entered parliament first in the 2019 elections. It is led by corruption-accused businessman Ilan Şor and represents a Russia-friendly policy. 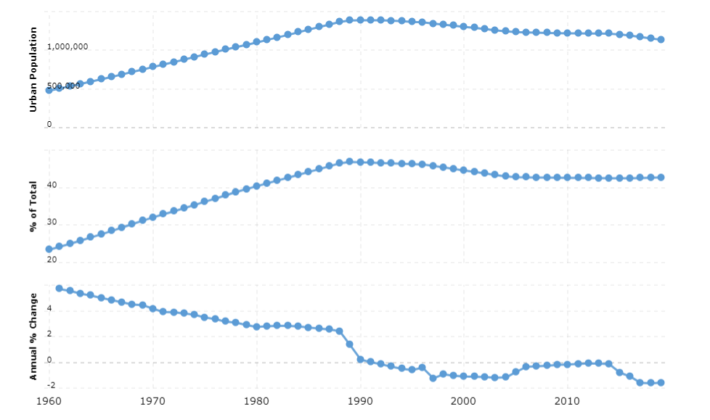 The President meets with Transnistria’s leaders

President Voronin meets Transnistrian leader Igor Smirnov for the first time in seven years. The two leaders agree that peace talks must resume after lying down since 2001.