Short for MW by Abbreviationfinder, Montenegro became independent in 2006 and is a parliamentary democracy. The head of state is the president, who is elected in general elections, but who primarily has a symbolic and ceremonial role. For more than 25 years, politics has been dominated by the DPS party under Milo Ðukanović.

The president is elected for a term of five years. For victory in the first round of elections, at least half of the votes are required, otherwise a second round of elections is held between the two main candidates. A president can only be re-elected once.

The latter rule led to a political battle before the presidential election in April 2013. Despite Filip Vujanović already sitting on the presidential post for two terms of office, he ran for election and won. Vujanović and his supporters felt that his first term in 2003 would not be counted since the 2007 constitution had not entered into force (and Montenegro had not become independent from Serbia, see Modern History). Vujanović was not a candidate in the 2018 elections.

The legislative power lies with the single-chamber parliament (Skupština Republike Crne Gore) with 81 members elected in four years. Montenegro is divided into 21 local parishes or municipalities (opštine). Elections to the local parishes are held every four years.

A weak opposition has contributed to the fact that for more than a quarter of a century politics in Montenegro could be dominated by Milo Ðukanović, whose main goal was Montenegro’s independence and then membership in the EU and NATO. After the October 2016 parliamentary elections, in which the Socialist Party (see below) again became the largest party, he had been able to take office for a ninth term as prime minister since 1991 but chose to hand over power to his close confidant, Deputy Prime Minister Duško Marković. Ðukanović, however, remains a party leader in DPS and has always been involved in and controlled in the background. He also stood as a candidate in the presidential election in April 2018 and already won in the first round.

Montenegro politics has long revolved around the country’s independence. After this was achieved, the most debated issues became membership in the EU and NATO. Since the NATO membership became a fact in 2017, only the EU remains.

Party politics has been dominated by Montenegro for more than a quarter of a century by Montenegro’s Democratic Socialist Party (Democratic Party of Socialist Crne Gore, DPS) under Milo Ðukanović. Like the Socialist Party SPS in Serbia, DPS emerged from the old Communist Party. DPS split in 1998 and then Ðukanović led his part of the party, under the same name, on a reform-friendly and pro-Western course; he worked already during the 1990s first to give Montenegro greater autonomy towards Serbia but soon to make Montenegro an independent state.

The opposition is fragmented and has been reformed, which has benefited the ruling coalition. There are some 40 political parties, many with some unclear ideological orientation, and just in 2015 four new parties were formed following the departure of older parties. Prior to the 2016 election, however, the largest opposition alliance Democratic Front (Demokratski Front, DF), thanks to the demonstrations against the Ðukanović government (see Modern history), considered themselves a real chance to take power. The Serbian-friendly and pro-Russian DF was formed before the 2012 election and then received almost a quarter of the vote. Now, however, DF only got 18 places, partly due to dropouts.

The opposition also includes the so-called Key Coalition, which consists of three central left parties where the largest, the Democratic Alliance (Demokratski Savez, DS), is made up of the DF defectors. Another two opposition parties came into parliament: Democratic Montenegro (Democratic Crna Gora, DCG, also formed after the resignation) and Montenegro’s Social Democratic Party (Socio- Democratic Party, Crija Gore, SDP, a former long-standing coalition partner for the DPS who also suffered from the sacking). 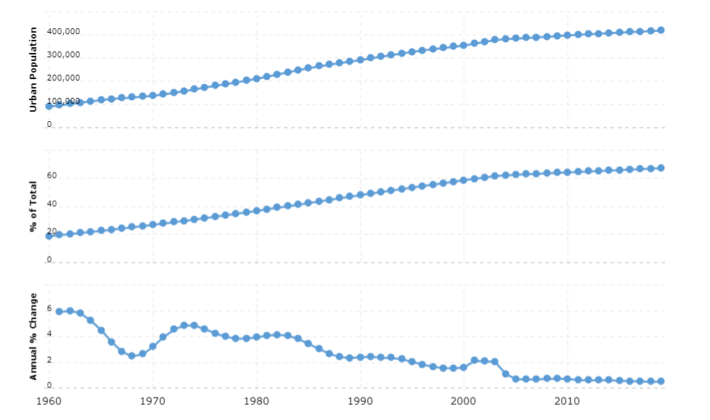 The EU also signs the Stabilization and Association Agreement with Montenegro (see March 2007).

The independent Montenegro adopts its first constitution. This is done after a long and heated debate and after a vote in which the necessary two-thirds majority of the vote in Parliament is needed with hardly any need.

Association Agreement with the EU

Montenegro signs a Stabilization and Association Agreement (SAA) with the EU, the first step on the path to EU membership, but for that to happen, the EU requires continued reforms.

Member of the IMF and the World Bank

The International Monetary Fund (IMF) and the World Bank include Montenegro as a member of their respective organizations.