Short for NA by Abbreviationfinder, Namibia is a democracy and a republic with multi-party systems. The Swapo ruling party that led the liberation struggle until independence in 1990 has dominated politics ever since.

The constitution was adopted in connection with independence in 1990. It states that the president is head of state and government as well as commander-in-chief. The President himself appoints his government among the members of the National Assembly. The prime minister’s role is to be an adviser in government work.

Every five years, presidential elections are held. A candidate must receive at least half of the votes in the first round. If this does not happen, a second round is held between the two candidates who received the most votes. A president may not sit for more than two terms in office.

The Parliament, the National Assembly, has the task of passing laws. It consists of 96 elected members who are elected in proportionate elections. The President has the right to appoint an additional eight members who are considered to have special expertise.

There is also an essentially advisory upper house, the National Council, whose members are appointed by regional councils for a period of six years. The National Council has 42 members, three from each of the country’s 14 regions.

The judiciary is independent of state power. Under the Supreme Court and a Supreme Court of Appeal, there are about 30 courts for criminal or civil cases. In rural areas, customary law is exercised through traditional courts that address less serious crimes. Namibia also has an ombudsman institution.

The policy is dominated by the Swapo Government Party, which originally stood for the South West Africa People’s Organization (South West African People’s Organization). Nowadays Swapo is the official name, as the term South West Africa is considered obsolete. Initially Swapo was a socialist liberation movement that led the fight for independence from South Africa, but a condition for Namibia to gain its independence was that Swapo professed to multi-party systems and market economy. After independence, nationalism has been a central theme, in contrast to the ethnic divide during the apartheid era. The party’s official main goal is reconciliation and reconstruction. In 2017, the party asserted that its ideology is socialism “with a Namibian character” which includes market economics and a democratic system of the Western model.

The electoral base is strongest among the largest population group ovambo in the north, but supporters are found in all ethnic groups, especially in the cities.

Swapo has won all elections since independence by a wide margin, but in the 2019 election voter support decreased significantly (see Current policy).

The largest opposition party is the Conservative People’s Democratic Movement (Popular Democratic Movement, PDM). The party was formed with South African support in 1977 under the name Democratic Turnhalle Alliance (DTA). The change of name in 2017 was a way to try to shake off the historical connection to the apartheid regime in South Africa.

Parliament’s third-largest party is the Left Landless people’s Movement (Landless Peoples Movement LMP). The party was formed in 2018 by Bernadus Swartbooi, who was previously Deputy Minister of Agriculture and who resigned since he came into conflict with his superior about how the redistribution of land should be handled. A comprehensive land reform is a key point of the party’s program (see also Agriculture).

Two other smaller parties with seats in Parliament are the Workers Revolutionary Party (WRP) and the Whole People’s Party (All Peoples Party, APP). 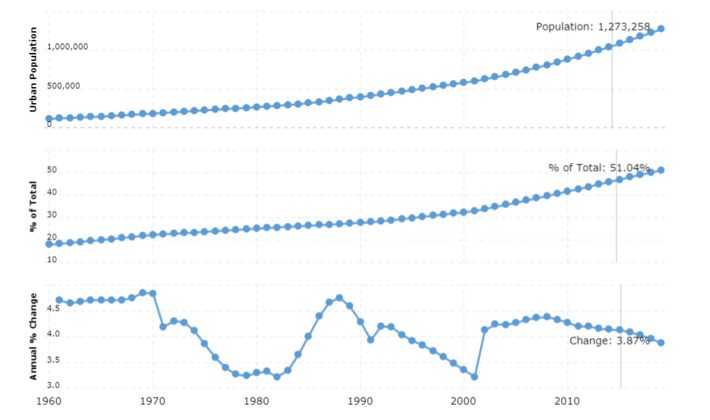 New election to the National Council

Elections are held for the National Council (upper house). Swapo takes 24 seats, while the UDF and the Democratic Turnhalle Alliance (DTA) each receive one. Of the selected, 19 are men and 7 are women.

The parties that have boycotted Parliament since March decide to take part in the work.

RDP enters into collaboration with mini-party

A merger is announced between the largest opposition party RDP and the small Republican party, which has its electoral support mainly among white Namibians.

Further changes in the government

The new National Assembly is taking office, but the RDP and two other opposition parties are boycotting the session because of allegations of electoral fraud.

The election result is appealed

Nine opposition parties claim that electoral fraud occurred and appealed the election result to a court.