Short for NP by Abbreviationfinder, Nepal is a secular federal republic with seven provinces. It guarantees citizens basic freedoms and rights, recognizes a diversity of ethnic, religious and linguistic groups and prescribes a democratic multi-party system and an independent judiciary.

Nepal was given a new constitution in September 2015. At that time, the country had been without a permanent constitution for eight years due to strong political contradictions about how the state of affairs would be designed. A basic idea of ​​the new constitution is to move more power from the often politically turbulent Kathmandu to the provinces.

Nepal was a kingdom for 239 years before it was converted to the republic in 2008. The transformation was the result of a long process that took off when the last king, Gyanendra, tried to crush a Maoist uprising by gaining absolute power. The king’s actions caused the political establishment to end the rally and, together with the Maoist rebels, turn against him (see further Modern History).

Nepal’s president is the head of state and commander-in-chief and has the primary task of promoting national unity. They must act and make decisions in accordance with government recommendations. The President and Vice President are elected indirectly by members of the Federal Parliament and the provincial assemblies. The term of office is five years. The president can be re-elected.

The executive power is held by the Federal Government of Kathmandu. The prime minister (the head of government) is formally appointed by the president and is to be the leader of the largest party of parliament, or in the alternative, the largest party alliance. The Prime Minister must be approved by Parliament in a vote of confidence no later than 30 days after the nomination. The prime minister then appoints other members of the government.

The legislative federal parliament of Kathmandu has two chambers. The lower house (House of Representatives) consists of 275 members who are elected in general elections for a five-year term. Of these, 165 are elected in majority elections in one-man constituencies and 110 in proportional elections according to party lists. The voting age is 18 years.

The upper house (National Assembly) consists of 59 members. The seven provinces appoint eight members each. Elected candidates are representatives in the provincial assemblies, the municipal council, as well as the mayor and the deputy mayor of the municipalities. Of the eight members, at least three must be women, a dalit (formerly called the unemployed) and a disabled person or from a minority group. Three members of the upper house are appointed by the country’s president on the advice of the federal government. The term of office in the upper house is six years.

Each province has its own president, who is appointed by the federal head of state for a single term of five years. A provincial government has the executive power. The provincial assembly consists of a chamber. It will have twice as many members as the number representing the province in the House of Representatives in Kathmandu. A mixed election system is also used at provincial level. The term of office is five years.

The seven provinces are divided into 77 districts headed by a district manager. These include city councils, municipal councils and district assemblies.

There are a large number of political parties in Nepal. Partying has long been characterized by personal struggles and phalanx. This applies to communist groups to a great extent; there are a number of party formations which are separated to the name only by their posterity.

The largest party in Parliament after the 2017 election is Nepal’s Communist Party – United Marxist Leninists (Communist Party of Nepal-Unified Marxist-Leninists, CPN-UML, often just called UML). It was formed in 1991 through a merger of 14 communist groups and is considered to represent a more moderate communist policy than the Maoists.

Prior to the 2017 election, CPN-UML entered into a election collaboration with Nepal’s Communist Party – Maoist Center (Communist Party of Nepal-Maoistic Center, CPN-MC). CPN-MC was founded in May 2016 when ten Maoist groups broke out of the old Maoist guerrilla party, UCPN-M (see below). The chairman of the CPN-MC is Prachanda, who led the Maoist uprising against the kingdom. The party became third in the elections and then formed a left-wing government with UML, the Federal Socialist Forum-Nepal (Sanghiya Samajwadi Forum — Nepal) and some independent members. The Federal Socialist Forum was formed in 2015 through a merger of three parties.

Most of the previous Maoist guerrillas formed a portion following a merger with other Communists 2009 calls itself Nepal joined Communist-Maoists (Unified CommunistParty of Nepal-Maoist, UCPN-M). The guerrillas fought during the 1996–2006 civil war for a communist people’s republic to be proclaimed. The Maoists, through threat and terror, forced many to support them. But they also gave low-caste rural residents, previously treated as second or third-class citizens, influence and opportunity for a social revenge. UCPN-M decreased in importance after Prachanda dropped out and formed CPN-MC.

The largest opposition party after the 2017 election is the Nepalese Congress (Nepali Congress, NC), which has played a central role in politics since it was founded in 1950. It is a middle party with some socialist elements. NC has periodically suffered from severe internal contradictions and power struggles. It became the second largest party in the 2017 election.

There are a large number of parties / groups that are regionally anchored or have their base in a certain population group. Madhesi in the south has long felt neglected by the central government and excluded from power. Although the 2015 Constitution was intended to spread power in the country, Madhesi protested for a long period against the new constitution, which the group considered to be disadvantaging the people of the south (see Modern history).

Madhesi, who are not their own peoples but a generic name for indiskättade residents of the Terai, was long gathered in the political movement Madhesifolkets right forum (Madhesi Janadhikar Forum, MJF, sometimes MPRF with English acronym). MJF received strong support in the 2008 election but subsequently split and strongly reversed in the 2013 election. 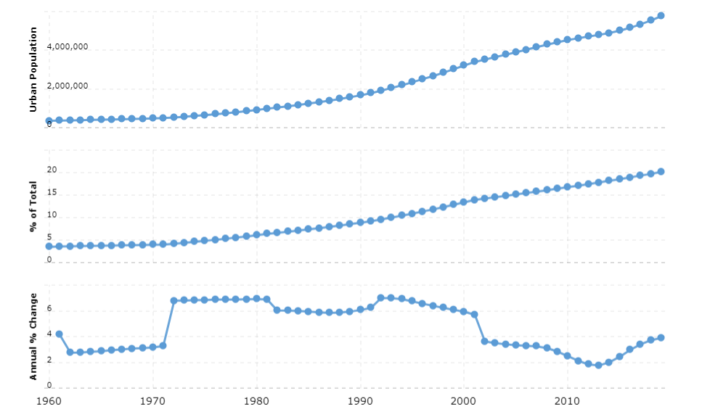