The Netherlands is a monarchy where the monarch mainly has a symbolic function as head of state. Political power lies with the elected parliament, and the government is appointed based on the composition of parliament. There are no barriers for small parties in Parliament, which means that it often takes a long time to assemble a government coalition after an election.

In the Netherlands, which is a constitutional monarchy, the regent has limited influence. Previously, the monarch could play a certain political role when it comes to appointing government leaders after parliamentary elections, but that function was eliminated in 2012. Both female and male consecrations were applied. When Queen Beatrix abdicated in 2013, son Willem-Alexander became the first king in the country since 1890.

The House (Staten-Generaal) consists of two chambers: the First Chamber or the Senate, and the Second Chamber or the House of Representatives. Both have four-year terms, but new elections to the House of Representatives can be announced during the four-year period. The House of Representatives has 150 members appointed in general, proportional elections. They can change the government’s proposals and also initiate their own legislative proposals. The 75 members of the Senate are elected indirectly, by the assemblies in the twelve provinces. The Senate examines legislative proposals and can only reject or adopt them in their entirety. The second chamber should always be dissolved at the end of March. The voting age is 18 years.

The Government, the Council of Ministers, is formed by parties based on the composition of the Second Chamber and is only responsible for it. Every minister has the right to make decisions on behalf of the government in its area of ​​affairs, so-called ministerial government.

The Council of State is an advisory body that will review all legislative proposals, proposals for government decisions and international agreements that entail legislative changes. The Council also acts as the country’s highest administrative court, with the right to overturn the decisions of lower authorities. The members of the government are appointed for life by the monarch, who is also chairman of the council’s meetings.

The Netherlands has a tradition of coalition governments around the political center. Government formation sometimes has several months. The work is complicated by the fact that the number of political parties in Parliament has at times been large because there is no barrier to small parties.

The right-wing Liberal People’s Party for Freedom and Democracy (Volkspartij voor Vrijheid en Democratie, VVD) is rooted in the business community and has good contacts with the employers’ organizations. It is headed by Mark Rutte, Prime Minister since 2010. The party emphasizes individual freedom and private ownership and advocates reduced taxes. It has long had law and order as a heart issue and stands for restriction of immigration. It is basically EU-friendly but has also raised some criticism of the EU. The VVD backed in the 2017 election compared to the 2012 election, but it is still the largest party in the Second Chamber and continued as the largest party in the four-party government formed in October 2017.

The coalition government also includes the Left Liberal Democrats ’66 (Democrats ’66, D66), which was formed as a protest party in 1966. The founders wanted to break the traditional party system through a constitutional reform that would allow referendums on important issues. Nowadays, the party is socially liberal and is in many questions close to the Labor Party.

Coalition governments were long dominated by three Christian parties, one Catholic and two Protestant. As voter support declined, the three parties began to cooperate and in 1980 they disbanded to form a Christian Democratic appeal (Christen Democratic Appeal, CDA). The party holds several political directions, from the left liberal to the highly conservative. The common goal is to create a society based on Christian values. The party, or one of its predecessors, has been a member of almost all governments since the introduction of universal suffrage in the 1910s. An exception was 2012–2017, but CDA is part of the coalition government formed in 2017.

The fourth party in the coalition government is the Christian Union (Christen Unie, CU), which was formed in 2000 when two small parties merged. CU describes itself as a Christian social party.

The populist and anti-immigrant anti- Freedom Party (Partij voor de Vrijheid, PVV), led by Geert Wilders who left the VVD in 2004, has among other things campaigned against the “spread of Islam in society” and demanded that immigration be stopped.

The Workers’ Party (Partij van de Arbeid, PvdA) is very similar to the Swedish Social Democrats and works closely with the leading trade union central federation Federatie Nederlandse Vakbeweging (FNV). In 2012, the PvdA became almost as large as the VVD and the two subsequently formed government, but in the 2017 election, the PvdA declined sharply.

The Socialist Party (Socialist Party, SP) has a Maoist background but, as a general EU-critical left party, gained voter success in 2006.

The Green Left (GroenLinks, GL) was formed in 1989 through a merger of four left-wing parties. GL lost large parts of its voter support in the 2012 election.

Even small conservative Calvinist parties have long been represented in Parliament. One of them, the Political Reform Party (Staatkundig Gereformeerde Party, SGP), is the country’s oldest and refuses the principle of participating in governments. The party first decided in 2006, in the face of the threat of lost state party support, to allow female party membership.

In Parliament there is also an animal rights party (Partij voor de Dieren, PvdD) and a pensioner party, 50+.

The newly formed right-wing Forum for Democracy (Forum voor Democratie, FVD) received two seats in the House of Representatives elections in 2017, but roused in the 2019 provincial elections and became the largest party. This means that the right-wing nationalist and EU-critical party will be the largest in the Senate. But in the EU elections a few months later, things went much worse than predicted and the FVD became only the fourth largest party. 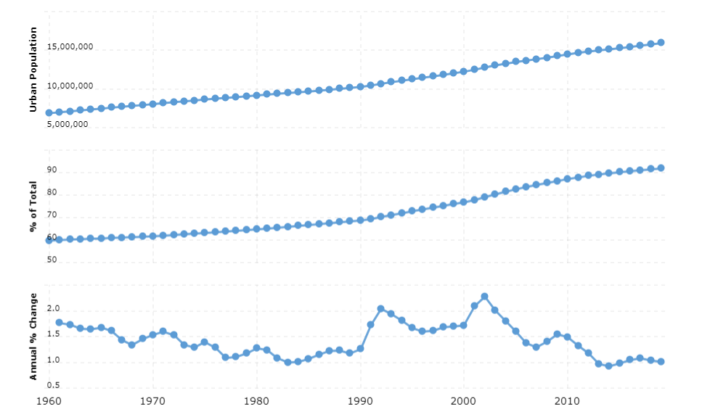 Theo van Gogh – a relative of the famous artist Vincent van Gogh – is murdered after receiving several death threats. A few months earlier, Theo van Gogh’s controversial film “Submission” on violence against women in Islamic societies had been shown on Dutch television. A 26-year-old Islamist with dual citizenship – Dutch and Moroccan – is charged with the murder. Another number of people are arrested in the following days, and several politicians receive death threats. After the murder, mosques and Muslim schools are vandalized or attacked. Churches are also subject to similar deeds.

Setback for the government in EU elections

Applicants for asylum should be expelled

Decides that 26,000 people who have refused their asylum applications should leave the country within three years; Some of those affected by the decision have stayed in the Netherlands for almost ten years.