Short for NO by Abbreviationfinder, Norway is a constitutional monarchy. The government has the executive power and the parliament forms the legislative assembly. Elections to the parliament are held every four years. It is common for the country to be ruled by minority governments.

According to the constitution (constitution) adopted in Eidsvoll on 17 May 1814, Norway is a monarchy (see Older history). After a constitutional change in 1990, women also have the right to inherit the throne. This rule does not take effect until the current Crown Prince Haakon becomes regent.

The monarch has formally the executive power, but in practice it is the government that governs. The government must consist of the prime minister and at least seven other ministers, who are formally appointed by the monarch in accordance with the will of the parliament (see below). The king is formally commander-in-chief and head of the Norwegian Church (see Religion). The monarch meets with the government once a week and then chairs the meeting.

The legislative power lies with the parliament, whose 169 members are proportionally elected in general elections for four years. Since 2009, the Storting has a single chamber. The voting age is 18 years. In the local elections in 2011, attempts were made in some municipalities with lower voting age to 16 years. Amendments to the Constitution require a two-thirds majority in the parliament.

Norway is divided into 19 counties (counties) including the municipality of Oslo. The county governor corresponds to a Swedish governor and the elected county council Swedish county council. The county governor is appointed by the government. At the local level there are elected councils (municipal council) in the country’s 428 municipalities. County and municipal elections are held midway between the parliamentary elections every four years.

The selection system benefits the sparsely populated areas. 150 parliamentary mandates are distributed nationally according to the proportional method. In addition, there are 19 so-called equalization mandates, one for each county, which goes to parties that have received at least four percent of the vote in the entire country.

In Norwegian politics, there is a clear contradiction between socially leading groups in the cities and the rural population. The contradictions are now expressed especially in the European debate, where an urban elite wants to bring Norway into the EU, while farmers and fishermen in sparse areas have a strong resistance to EU membership. In two referendums, the result has been no to the EU (see Modern History).

Since 1989, there is a Sami Parliament with 39 members elected by the Sami every four years. The Sami Parliament is located in Karasjok in Finnmarka and has an advisory function, mainly in terms of culture, business and language. The Sami are entitled to receive answers to Sami from public bodies in five municipalities in Northern Norway.

The first instance of the judicial system is urban courts and district courts in rural areas. In all municipalities there is also a settlement council, where disputes are sometimes resolved through conciliation. Then follow six appellate courts (courts of law), which are located in Skien, Oslo, Hamar, Trondheim, Bergen and Tromsø. In the courts of law, judgments given in village or district courts can be appealed. The last court is the Supreme Court of Oslo, whose judgments cannot be appealed. The Supreme Court also examines that the country’s laws do not violate the Constitution.

The law’s most severe sentence is 21 years in prison. It was awarded in 2012 to the right-wing mass murderer Anders Behring Breivik, who on July 22, 2011 had killed 77 people in two assaults, a bombing in Oslo and a mass shooting on the island of Utøya, where the Labor Party’s youth federation gathered for a summer camp (see Modern History). It was the worst massacre of modern times.

Domestic policy is characterized by difficulties in creating a lasting majority in the parliament. For a long time, Norway has been ruled by minority governments of various political colors, which have been forced to seek support, not to the right, but to the left in the political field. After the 2005 election, however, a “red-green” coalition was formed, which became the first majority government in two decades. The coalition could continue to govern even after the 2009 elections, but four years later Høyre, whose party leader Erna Solberg, formed a minority government between his own party and the Progress Party (see Current Politics). In the 2017 elections, the bourgeois parties won and Solberg was re-elected as prime minister.

Høyre (H) has traditionally been the dominant party on the bourgeois side with a clear entrepreneurial and EU-friendly line. The right is the only party with a majority for EU membership among its sympathizers. The right has led several governments (see Modern History).

The Progress Party (FrP) has a populist and nationalist image with both right and left issues on the program. The party was formed in 1973 as a movement against high taxes, but has subsequently characterized the debate with demands for reduced immigration. Conflicts over that issue prevented veteran Carl I Hagen from taking the party into a bourgeois government. The current leader Siv Jensen has made the party accepted as a coalition partner to the Right.

The Labor Party (AP) is a social democratic party that has been in charge of the public welfare system and has long been the largest in the parliament. The traditional welfare policy with state ownership conflicts with the privatizations in both industry and healthcare that have been pushed by the party’s leadership in recent decades. The party is divided on the issue of Norwegian EU membership, where the positive line of the party leadership is held back by the no-vote voters. The Labor Party is strongest in northern Norway.

The red-green government coalition also included the smaller parties Socialist Left Party (SV) and the Center Party (SP). The SV was formed in the 1960s (then called the Socialist People’s Party) through an outbreak of the Labor Party and has been characterized by opposition to the military alliance NATO and the EU and a growing environmental commitment. The party, which has always been in opposition, has been forced in government positions to make difficult compromises, such as allowing gas power plants and Norwegian NATO efforts in Afghanistan, which has led to major electoral losses. The party got its current name in 1975.

The Center Party is a center party that has ruled both with the right and the left (see Modern History). The party has sparse and environmental profile and has long been a leader in EU resistance. The green and left- leaning Environment Party De Grønne (MDG) entered the parliament for the first time in 2013. 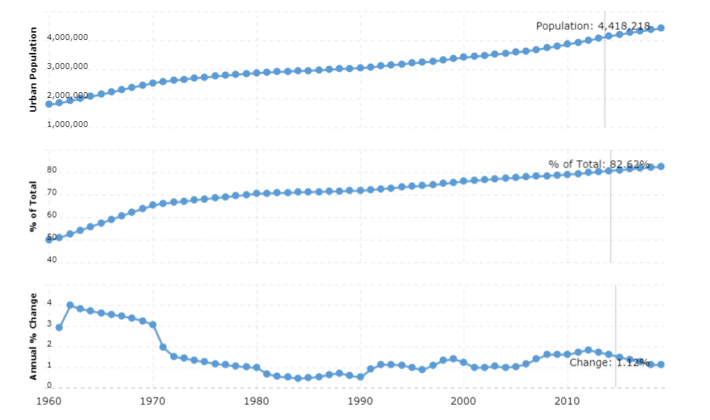