Mauritius is a real destination and one of the most popular destinations in the Indian Ocean. The white sandy beaches, the lush vegetation, the turquoise lagoons and the varied topography ensure that it never gets boring on Mauritius. Whether romance as a couple, bathing fun with the whole family or active holidays and water sports – the possibilities are almost limitless.

The island state belongs together with La Réunion and Rodrigues to the Mascarene archipelago. Mauritius is about 1780 kilometers from mainland Africa. The Piton de la Petite Rivière Noire is the highest mountain on the islands at 828 meters. The capital is Port Louis with around 150,000 inhabitants. After 150 years of British rule, Mauritius has been independent since March 1968 and part of the Commonwealth of Nations. 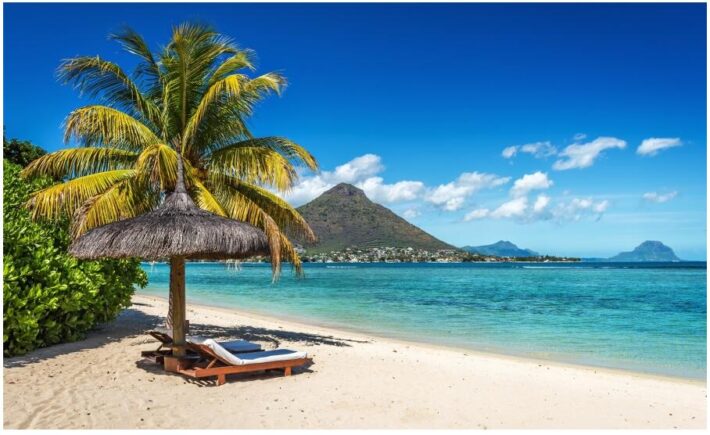 In the following we present you the most exciting tours, most beautiful attractions and best sights in Mauritius.

1. The Seven Colored Earth of Chamarel

Visitors to Chamarel can marvel at a very special natural phenomenon. The small village is located in the south of Mauritius and is a real tourist magnet. It is one of the most famous sights on the island. The “Seven Colored Earth” is unique in the world and was created naturally over thousands of years. The hilly lunar landscape does not consist of earth or sand, as many suspect, but of dried lava rock.

The high concentration of aluminum and iron in the soil created a colorful landscape in the colors brown, red, purple, violet, blue, green and yellow. The area is fenced and entry is strictly prohibited, but various viewpoints offer a breathtaking view of the colorful natural wonder. The colors shine particularly well at sunrise and sunset.

The park has existed since 1994 and with a size of 6,500 hectares it is the largest national park on the island. About 50 kilometers in the form of hiking trails not only invite nature lovers on an exciting journey of discovery through one of the rarest rainforests in the world. The park is one of the main attractions of Mauritius and attracts over 250,000 visitors annually. There are more than 700 tropical plant species in Mauritius, of which over 300, some of them rare, are in the national park.

Orchids, flamingo flowers, the Chinese guava, the dodo tree and the travelers’ tree are just a few examples from the colorful flora. At the same time, the park is also a nature reserve for endangered birds such as the rose pigeon, the Mauritius spectacle bird, Mauritius sittig, kestrel or the spectacle bird. But also fruit bats, wild boars, roe deer, deer and butterflies have found their home in the nature reserve and with a little luck they can also be observed.

The Seewoosagur Ramgoolam Botanical Garden is located in the north of the island and is one of the most beautiful gardens in the world. The site is almost 40 hectares, of which around 25 hectares are open to visitors. The rest is used and cultivated area. It was laid out in 1767 and expanded bit by bit. Over 600 different plant species, including over 80 palm species, enchant nature lovers and botanists.

In addition to ebony trees, sugar cane and various types of orchids, there are also beautiful water lilies and liver sausage trees. However, the pride and joy of the Botanical Garden are the huge water lilies from the Amazon region (Victoria Regia), which are supposed to withstand the weight of even a petite woman. Equally impressive is the Talipot palm, which only flowers once in 40 to 60 years and then dies. But during this time it bears over 200,000 white flowers and thousands of large, round fruits.

The museum opened in 2001 and shows the most important exhibition in Mauritius. It is located on the grounds of the Le Caudan Waterfront Shopping Mall in the capital Port Louis. It shows the history of Mauritius’ long colonial period. Over 10,000 exhibits from paintings, old nautical charts, photographs, sculptures, postage stamps and old documents are attractively presented in the museum.

Most visitors, however, come to see the world famous and rarest postage stamp in the world, the Blue Mauritius (Blue Penny). A copy of the not so well-known, but just as valuable Red Mauritius is also on display. The brands are each worth more than half a million euros. In 1847 500 copies were issued each, today only 12 or 15 copies exist. To protect the brands, they are only illuminated once an hour for a maximum of 10 minutes.

One of the most important sights in Mauritius is the Trou aux Cerfs volcanic crater, another fascinating natural event. The over 600 meters high dormant volcano is located in the center of the city of Curepipe. The crater is over 300 meters in diameter and more than 80 meters deep. It was formed almost two million years ago when the volcano was still active.

Over time, a marshy lake has formed inside the crater, which is surrounded by a small forest. There is a small path to the side that offers the opportunity to go down to the water. The volcano can be hiked to the crater without much effort or accessed by car. Once at the top, it offers a breathtaking view. When the weather is good, you can even see the neighboring island of La Réunion.

The Vanille Nature Park has existed since 1985 and is located in the south of Mauritius. The approximately five hectare area is also a nature reserve for threatened giant tortoises and offers an optimal habitat for their reproduction. In total, over 700 turtles live in the park, some of which can be petted. The oldest turtles are over 100 years old.

Crocodiles, fruit bats, iguanas, monkeys, deer and even wild boars are also at home in the popular park in Mauritius. The insectarium is particularly interesting. It includes the largest collection of insects in the world. Over 20,000 species of butterflies and insects from all continents can be admired and observed here. Especially for families with children, the La Vanille Nature Park is one of the absolute top attractions.

The Domaine Les Pailles open-air museum is an area of ​​around 1,500 hectares with sugar cane fields and is located near the capital Port Louis. Here visitors can get an impression of how sugar is grown and processed. 80 percent of the usable area of ​​Mauritius still consists of sugar cane fields, processing is one of the country’s main sources of income alongside tourism.

What is particularly nice about this attraction is to get a deeper understanding of the importance of agriculture for Mauritius. The individual processes are described in a very entertaining way and, of course, individual products can also be tasted and purchased on site. In addition to the extraction and processing of sugar, honey, rum and oils are also produced here. The beekeeping and rum burner can also be visited.

If you are not afraid of lofty heights and rapid adventure, you should definitely take a ride on the zipline in the Vallée des Couleurs. On an area of ​​450 hectares, young and old visitors can whiz 1.5 kilometers through tropical landscapes and see Mauritius from a bird’s eye view. It is the third longest zipline in the world and has been open since July 4th, 1998.

But there is also plenty on offer in the large amusement park. In addition to the zipline facility, there is a so-called Nepalese suspension bridge on which you can walk more than 350 meters above the treetops of the nature reserve. In addition, interesting quad tours are offered, with which you can explore off the beaten path. It’s all about adrenaline!

One of the most beautiful beaches in Mauritius is without a doubt the world-famous Flic en Flac. The beach offers the ideal opportunity to unwind and relax completely. However, it never gets boring here. Mauritius is known as a diving and snorkeling paradise and invites you to go on exciting underwater tours with countless offers. Those who like it a little more relaxed will love a long walk on the beach by the water, especially at sunset.

Flic-en-Flac beach in the western part of the island is public, even if a large number of luxury hotels have settled here. Together with Grand Baie, the place forms the most important tourism centers in the country. The entertainment offer as well as the selection of good restaurants are correspondingly large. Those who want to stroll longer can reach the surf hotspot Tamarin after around 1.5 hours on the beach.

One of the most important sights in Mauritius is definitely the island’s capital, Port Louis. Up to 40,000 visitors come every day to watch the hustle and bustle on the streets. Of course, the capital also invites you to stroll and stroll. Countless stands with traders offer their partly homemade goods. A visit to this city should definitely not be missed

Port Louis is the cultural and economic center of Mauritius. A visit to the colorful Central Market, which offers many regional delicacies, is highly recommended. Sometimes it is very turbulent and chaotic, but this is precisely what makes it so attractive. Many legacies of the colonial era can be found in the historic city center and the picturesque Caudan Waterfront. 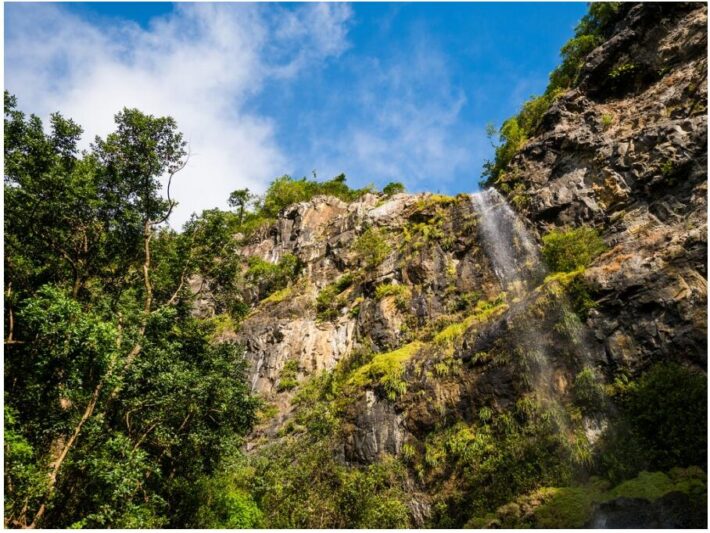