The Slovak Constitution combines a people-elected president with a parliamentary system, where the government is accountable to Parliament. The country’s politics were long characterized by a block policy in which an EU-friendly right-wing was opposed to a more nationalist left-wing. In recent years, the fight against corruption has come to overshadow the question of the country’s relationship with the EU.

The Slovak Constitution was adopted in September 1992, before the Czechoslovak Federation was dissolved (see Modern History).

Formally, the executive power is shared between the government and the president. The Governor is appointed by the President, but the Government must have Parliament’s support. The president is head of state and has been elected in direct elections for a five-year term since 1999 and can be re-elected. The president is commander-in-chief, ratifies international agreements, appoints the country’s highest judge and can veto laws passed by parliament, but in addition, the president’s role is ceremonial.

The legislative power lies with Parliament, the National Council, whose 150 members are elected in four years in general elections. To get a seat in Parliament, a party must get at least five percent of the vote in the election. For alliances, the barrier is seven percent. The President can veto laws passed by Parliament, but Parliament can repeal the veto by a simple majority.

Short for SK by Abbreviationfinder, Slovakia is divided into eight regions (kraje) and about 3,000 municipalities. On both levels, there are elected councils.

The Left Party Direction-Social Democracy (Smer-Sociálna democracia, Smer-SD) dominated the country’s politics from the 2006 parliamentary elections to the 2020 elections. The party was formed in 1999, under the name Direction (Smer), as an outbreak of the reformed former Communist Party Democratic Left Party (Strana Democratic Party)., SDL). Smer grew rapidly in popularity while SDL lost ground. Prior to the 2006 election, Smer merged with SDL and two other left parties to form Smer-SD. The party gained its own majority in the parliament in the new election in 2012 but went back sharply in the 2016 election. Smer-SD nevertheless retained its dominant position until the 2020 elections when it was seen to be beatenOrdinary people and independent personalities (Obyčajní Ľudia a nezávislé osobnosti, OĽaNO).

OL’aNO is a center-right party formed in 2011 by businessman Igor Matovič. The party made its debut in parliament in the 2012 elections and strengthened its position somewhat in the 2016 election. During the campaign for the 2020 elections, OL’aNO profiled itself as an anti-corruption party and managed to capture many voters who were dissatisfied with the state in the country following the murder of journalist Ján Kuciak 2018 (see Current Policy). OL’aNO won a superior series and became the country’s largest party.

The 2020 election was also a success for the right-wing and Euro-skeptical We are a Family (SME Rodina) as well as for the right-wing People’s Party – our Slovakia (Ľudová strana – Naše Slovensko, L’SNS). The parties came in a split third place after Smer-SD, which was the second largest.

L’SNS openly takes neo-Nazi positions and strongly opposes immigration. Some party members have been charged with hate crimes. The party advocates that Slovakia should leave the EU and NATO. In the fall of 2016, Parliament banned the patrols organized by the party to “keep order” aboard the country’s train. The patrols were accused, among other things, of harassing Roma.

The fourth largest party after the 2020 election is Liberal Freedom and Solidarity (Sloboda a Solidarita, SaS).

Also in Parliament is the For the People (Za ludi), formed in the summer of 2019 by the recently resigned President Andrej Kiska. For the people describe themselves as a middle party.

President Zuzana Čaputová’s party, Liberal Progressive Slovakia (Progresívne Slovensko, PS), received a push in opinion since Čaputová unexpectedly won the presidential election in March 2019. Before the European Parliament elections two months later, PS entered into an alliance with another newly formed party Together – civic democracy (Spolu — Občianska Democracia). The alliance beat Smer-SD in the European elections but failed to win any mandate in the parliamentary elections in February 2020. PS-Spolu fell just below the seven percent threshold for partial alliances.

Parties outside Parliament include the ultranationalist Slovak Nationalist Party (Slovenská národná strana, SNS), the center-right party Network (Siet ‘) and Bro (Most-Híd), which work for increased cooperation between Hungarians and Slovaks and who have also recognized the rights of other minority people, to example of the Romans. These three ruled in a coalition with Smer-SD from 2016 but resigned from Parliament in 2020.

Other parties outside Parliament are the right-wing parties the Christian Democratic Movement (Krest’ansko-Demokrické hnutie, KDH) and the Democratic and Christian Union of Slovakia (Slovenskáokratická a kresťanská únia-Demokratická strana, SDKÚ-DS). SDKÚ-DS led coalition governments in 1998–2006 and 2010–2012.

The Nationalist People’s Party-Movement for a Democratic Slovakia (Ľudová strana-Hnutie za demokrické Slovensko, ĽS-HZDS) dominated politics as the largest party in the 1990s during and after the break with Czechoslovakia. The party has been strongly influenced by its populist and contentious leader Vladimír Mečiar, who was prime minister from 1992 to 1998 with a few months break in 1994. 2006-2010 L’S-HZDS regained his seat in the government, but resigned from parliament in the 2010 election.

The judiciary and human rights

According to the Constitution, the judicial system must be independent. The Supreme Court is the last court of law. Judges have been appointed by the Justice Council since 2002, which consists of 18 lawyers and judges. The Constitutional Court can cancel parliamentary and governmental decisions if they contravene the Constitution. Accusations of corruption in the legal system are common.

Roma are often abused and the Roma minority is subjected to violence and discrimination (see Population and Languages). In 2009, several police officers were filmed assaulting Roma children in Košice who had been arrested for theft of a handbag. Seven of the ten policemen were dismissed and charged. In 2010, it was also reported about municipalities where barriers have been built between areas where Roma live and the rest of society.

The European Court of Human Rights has convicted Slovakia in two cases where Roman women were forcibly sterilized in connection with their emancipation.

There is a special commissioner with employees all over the country who will work to ensure that Roma rights are respected. This has brought more attention to the problems, but it is still far from all reported abuse. 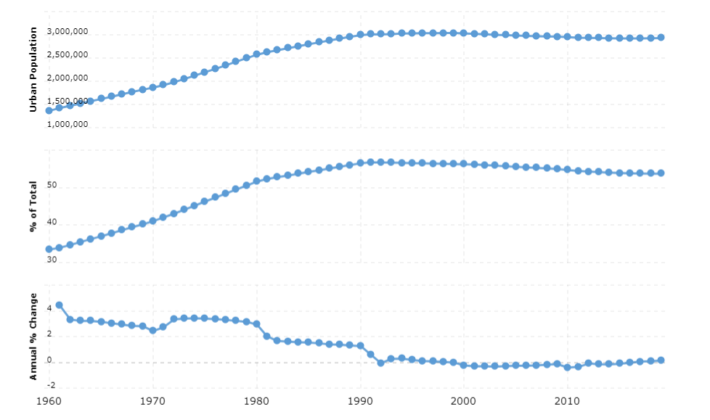