Short for SI by Abbreviationfinder, Slovenia is a parliamentary democracy with a president who has most representative duties. Parliament consists of two chambers: the directly elected National Assembly and the indirectly elected National Council. The government coalitions have been fragile with the change of partners and the character of contradictions.

The president, who is head of state and commander-in-chief, has the right to govern by decree if the National Assembly is not able to meet, for example, because of war. The president is elected in general elections for a five-year term and may be re-elected.

The executive rests with the government, which is responsible to Parliament. The president formally appoints the head of government, who in turn appoints other ministers.

The National Assembly passes the laws and consists of 90 members appointed for four years in general and proportional elections. Two of the mandates are reserved for the Italian and Hungarian minorities, who each appoint a member. To get into the National Assembly, a party must get at least four percent of the vote. The voting age is 18 years.

The National Council mainly has an advisory function and represents regional interests as well as various socio-economic groups and occupational categories. The Council may veto the decision of the National Assembly but the veto may be abolished by an absolute majority of the entire Parliament; As a result, only 1 out of 15 vetoes stood in 2013 and 2014. The Council’s 40 members are appointed for five years, 22 in regional constituencies and the rest of a constituency representing different groups.

Previously, the threshold was low to announce referendums on laws, which was intended to secure a large measure of popular participation in the democratic process. One result, however, was that referendums often crippled the government’s room for maneuver and in 2011 it ended with the government falling (see Modern history). Following a constitutional amendment in 2013, a signature of at least 40,000 voters is required for a referendum to be called for and turnout must be at least 20 percent for the result to be valid. Referendums can no longer be called for laws relating to taxes, duties or the state budget, or relating to national security, natural disasters or international agreements.

The country has 212 municipalities with mayors and councils, which are elected in general elections every four years. Rome has automatic representation in 20 municipalities.

The ideological differences between the parties are relatively small in Slovenia. The party image has long appeared more stable than in most eastern states, which transitioned to multi-party systems in the early 1990s. However, the economic crisis and political struggles in fragile government coalitions caused new elections to be announced in 2011 and 2014, and in both cases completely newly formed parties prevailed with a good margin. Also in 2018, the election was announced slightly ahead of time. The newly formed party that sailed up this time became “only” second largest, but still ended up as a government leader (see Current Policy): the establishment- critical center- left party Marjan Šarec’s list (List Marjana Šarca, LMS). LMS was previously a local party in Kamnik where Marjan Šarec was mayor. Šarec, who now became prime minister, is also known as an actor and comedian.

In the 2018 elections, the right-wing party of the Slovenian Democratic Party (Slovenska Democratic Strike, SDS) returned as the largest party (something that was also 2004-2008). SDS is headed by former Prime Minister Janez Janša. He was sentenced to prison for bribery in 2013 but the sentence was annulled two years later.

The 2014 winner was the newly formed Miro Cerars party (Stranka Mira Cerarja), who changed the name to Moderna centerpartiet (Stranka modernega centers) the following year, also the abbreviated SMC. It is a center-left party that first bore the name of its founder, lawyer and professor Miro Cerar. SMC is part of the minority government formed after the 2018 elections, as well as SD, Desus and SAB (see below).

The Social Democrats (Socialni democracy, SD ; until 2005 called the United list of social democrats, Združena list socialnih Democrat, ZLSD) became the largest party in the 2008 election, thanks in large part to popular party leader Borut Pahor. He then formed a government, but in the new election in 2011, SD declined sharply. Pahor was elected the country’s president in 2012 and elected in 2017.

The Democratic Retirement Party (Demokratična stranka upokojencev Slovenije, Desus) has been a member of all governments since it was formed in 1996. Desus can be described as a lobbying group that has long been close to the Liberal Democrats (Liberalna demokracija Slovenije, LDS). LDS dominated Slovenian politics for many years after independence, but dropped out of parliament in the 2011 election.

The 2011 election was won by the then newly formed Positive Slovenia (List Zorana Jankovića – Pozitivna Slovenija, PS). It is led by a populist leader, Ljubljana’s popular mayor Zoran Janković, who, however, failed to form government. In early 2013, party leadership was temporarily taken over by Alenka Bratušek after Janković and Janez Janša (see above) became subject to a corruption investigation. Bratušek was shortly thereafter appointed prime minister (see Modern History). The party suffered from internal contradictions when Janković wanted to return as party leader.

As a result, Bratušek resigned and the government collapsed. Prior to the new election that followed in July 2014, she formed the Alenka Bratušek Alliance (Zavezništvo Alenke Bratušek, Zaab) which just passed the four per cent block and got a seat in Parliament. However, PS, now again under Zoran Janković, ended up outside Parliament. Zaab first changed its name to the Social Liberal Democrats’ Alliance and then to Alenka Bratušek’s party (Stranka Alenke Bratušek, SAB).

The United Left (Koalicija Združena Levica, ZL) was formed in 2014 by a series of left-wing parties and movements. It was converted in 2017 to the Left (Levica, L). The party stands to the far left and wants to leave NATO, among other things, but gives support in Parliament to Marjan Šarec’s minority government of 2018.

New Slovenia (Nova Slovenija, NSI) is a Christian Democratic and Social Conservative Party formed as an outbreak of Slovenia’s oldest political party, the Slovenian People’s Party (Slovenian Sound Striking, SLS), which has been out of Parliament since the 2014 elections. 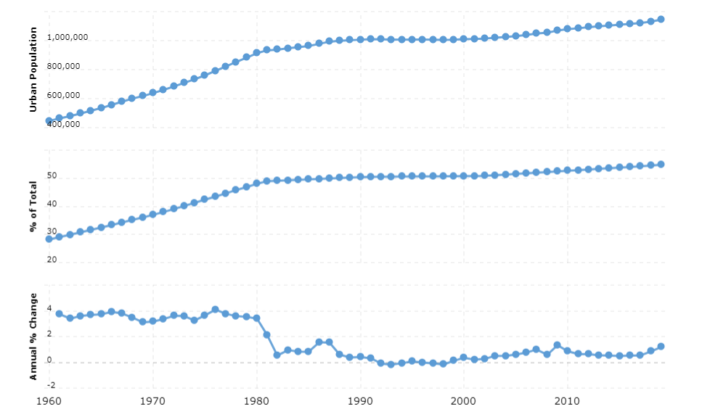