Short for FI by Abbreviationfinder, Finland is a republic that applies a combination of parliamentarism and presidential rule. The executive power is shared between the president and the government while the parliament passes the laws. Finland has a long tradition of forming broad coalition governments. Partying is not characterized by right and left blocs in the same clear way as in Sweden.

In 2000, Finland adopted a new constitution that strengthens Parliament’s influence at the expense of the president’s powers, for example when the prime minister is to be appointed and the government formed. The President is responsible for foreign policy in collaboration with the government. Formally, the president is commander-in-chief, but the day-to-day management of the defense is handled by the commander of the military. The president appoints the government, which must be approved by the parliament, and appoints senior officials.

The president is elected in general elections for a six-year term and may be re-elected at most once. If no candidate receives at least 50 percent of the votes in the first round, the decision will be made in a second round between the two main candidates. Until 1994, the president was elected by 300 elected voters, but since then direct presidential elections have been held.

The Riksdag has 200 members who are appointed every four years in general proportional elections. The election system has strong features of personal choice. The Finnish Parliament has no percentage barrier, which favors small parties.

Previously, Finland was divided into counties, but gradually the number of counties has been reduced and in 2010 they were completely abolished. Åland is still a landscape of its own with some autonomy (see Åland). The number of municipalities has also been reduced. Since 2013, there are 320 municipalities (plus 16 in Åland) that are mainly responsible for schools and health care. A elected municipal council makes the decisions while the municipal council executes them.

The Sami Parliament is the highest political body of the Sami people. It has 21 members who are elected for four years at a time. In the so-called Sami hometown area, which consists of four municipalities in the Lapland province, the Sami Parliament can independently decide on issues concerning the Sami language and culture.

The legal system is similar to the Swedish one with district courts, court courts and a Supreme Court. The judiciary is divided into public courts for disputes and criminal cases as well as administrative courts for public law. There are also several special courts, such as the Labor Court.

The age of punishment is 15 years, but lesser penalties of four months up to one year occur for persons under 18 years.

During the post-war period, Finnish politics was dominated by four parties: the Center Party (from the 1988 Center), the Social Democrats, the Socialist Party and the Left (from the 1990 Left Federation). Historically, the change of government has been commonplace and the coalitions have switched between the different parties. Government work has been characterized by attempts to find compromises. Often, the balance of power between right and left has been maintained by the government being dominated by one side and the president coming from the opposite side.

Center in Finland (Suomen Keskusta, Kesk) was founded in 1908 and was then called the Agrarpartiet. At first it was a purely rural or peasant party, but over the years it has widened its electoral base. The center now advocates a policy to support private enterprise and drives environmental issues and demands for decentralization of power. The party joined virtually all governments from 1945 to 1987, and it later reappeared in several rounds in new coalitions. Long periods have been greatest among the bourgeois parties. The Center was in opposition in 2011–2015, but became by far the largest party in the parliamentary elections in April 2015 and formed a completely bourgeois government between the Center, the Collective Party and the True Finns. However, in connection with a party leader’s election in June 2017, the True Finns were divided. Remaining in the government became the breaker fraction New Alternative (see below).

The true Finns (Perussuomalaiset, PS) is a nationalist party that wants to limit immigration to Finland and leave EU cooperation. In the 2011 parliamentary election, the party became the third largest and invited to participate in government work, but chose to stay in opposition because of the other government parties’ EU-friendly policy. In the 2015 election, the true Finns were given the second most mandate and were included in the tripartite government that was formed afterwards. However, after electing a more radical right-wing leader in June 2017, the party was thrown out of government.

In connection with the change of party leader in June 2017, a more moderate faction broke out of the true Finns. It called itself the New Alternative and remained in office.

The National Collective Party (Kansallinen Kokoomus, KOK) is a Liberal Conservative Party. As long as the Soviet Union retained some influence over Finnish politics, the Collective Party was left out of government cooperation, but from the beginning of the 1990s it has participated in many governments. The unity party became the largest in the Riksdag in the 2011 election and led a coalition government in 2011–2015. In the 2015 election, it received the second most votes, but as a result of the electoral system received a mandate less than the true Finns. The unifying party was part of the bourgeois government that was formed after the elections in 2015. The unifying party Sauli Niinistö was elected in 2012 as Finland’s first bourgeois president of over 50 years.

The Finnish Social Democratic Party (Suomen Sosialidemokraattinen Puolue, SDP) is reminiscent of the Swedish Social Democrats. The party was a member of all governments from 1966 to 1991 and has participated in most coalitions since 1994. The Social Democrats were in opposition from 2007 to 2011, but were part of the coalition government from 2011 to 2015. In the 2019 election, it became the largest party, however, with very little margin before the True Finns and the Collecting Party which received almost as many votes.

Four smaller parties are also represented in the Riksdag since the elections in 2015. Of these, the Green League (Vihreä Liitto, VIHR) is the largest. The greens, as the party is usually called, have their roots in the environmental movement in the 1970s and 1980s. The party moved forward in the 1990s and has participated in government work.

The left federation (Vasemmistoliitto, VAS) was founded in 1990 through a merger between the Communist Party of Finland and the Socialist Democratic Alliance for the People of Finland / the People’s Democrats. The left federation has participated in various government coalitions. The party stands to the left of the Social Democrats and advocates democratic socialism.

The Swedish People’s Party (Suomen Ruotsalainen Kansanpuolue, SFP) sat continuously in governments for 35 years before it came into opposition after the 2015 election. Its voter turnout has steadily declined. As the name suggests, the party represents the Swedish-speaking population. Finland’s Christian Democrats (Suomen Kristillisdemokraatit, KD) have been in parliament since 1970. 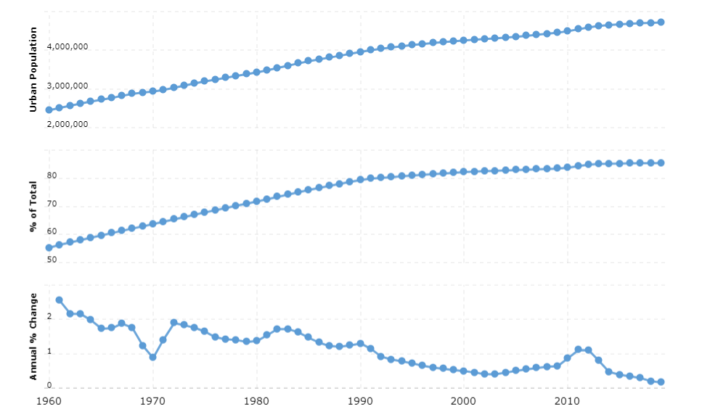